The Utah Supreme Court has suspended a judge for “inappropriate political commentary” about President Donald Trump and for an attempt to use his judicial position to oust a court staffer from the premises.

Judge Michael Kwan was suspended for six months without pay in an opinion filed May 22, report the Salt Lake Tribune, the New York Times, the Deseret News, USA Today and the Associated Press. Kwan is a justice court judge in Taylorsville, Utah, who hears misdemeanor cases, ordinance violations and small claims.

The state supreme court said Kwan had acknowledged violating judicial conduct rules for three instances of misconduct: his “shirty and politically charged comments” to a courtroom defendant, an online post criticizing Donald Trump, and his improper use of judicial authority in a bid to oust a staff member from the premises.

Kwan had contended that his courtroom comments about Trump were intended to be funny rather than rude. But the court said courtroom humor can miss the mark. “It is an immutable and universal rule that judges are not as funny as they think they are,” the state supreme court said. “If someone laughs at a judge’s joke, there is a decent chance that the laughter was dictated by the courtroom’s power dynamic and not by a genuine belief that the joke was funny.”

Kwan had made the comments during a January 2017 hearing. Kwan asked the defendant why they were not making payments on a fine. In response, the defendant talked about living paycheck to paycheck and a hope of paying with a tax refund. This exchange followed:

Kwan: “You do realize that we have a new president, and you think we are getting any money back?”

Defendant: “I pray, and I cross my fingers.”

Kwan: “OK. Prayer might be the answer. ‘Cause he just signed an order to start building the wall, and he has no money to do that, and so if you think you are going to get taxes back this year, uh—yeah, maybe, maybe not. But don’t worry, there is a tax cut for the wealthy, so if you make over $500,000 you’re getting a tax cut.” 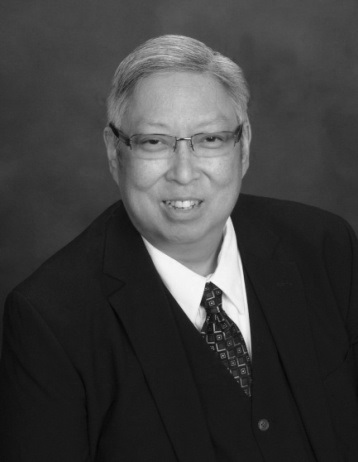 Kwan had acknowledged that one online post was impermissible when it implicitly referenced Trump, who was then a candidate in 2016. The post read: “Is the fact that the IRS has audited you almost every year when your peers hardly ever or never have been, something to be proud of? What does that say … about your business practices?”

The court said Kwan also had created several other online posts that “were laden with blunt, and sometimes indelicate, criticism” of Trump. In one post Jan. 20, 2017, the day Trump was inaugurated, Kwan wrote: “Welcome to governing. Will you dig your heels in and spend the next four years undermining our country’s reputation and standing in the world? … Will you continue to demonstrate your inability to govern and political incompetence?”

Kwan contended that a six-month suspension stemmed from an unlawful attempt to regulate his constitutionally protected speech in online posts. While Kwan “raises important First Amendment questions,” he failed to address “case law holding that a judicial disciplinary proceeding is an improper venue to press those constitutional claims,” the Utah Supreme Court said.

In any event, a six-month suspension is appropriate based on conduct Kwan concedes as inappropriate, the court said.

The incident involving a court staff member happened in February 2017. Kwan had learned that the staff member had been promoted without his involvement. In response, Kwan angrily confronted the clerk of court. Then, he submitted a notice for disciplinary action that threatened to put the court clerk on suspension pending termination and directed her to be escorted from the court premises in an email.

“Judge Kwan’s interactions with court personnel were well outside the bounds of any acceptable range of behavior,” the Utah Supreme Court said.

The court noted that Kwan previously had received two letters of education from the Judicial Conduct Commission and two public reprimands.

One of the public reprimands addressed a “crass in-court reference to sexual conduct and a former president of the United States.” The second addressed political activities associated with Kwan’s service as the president of a nonprofit group that took positions on issues and criticized candidates for political office.

“Every time a judicial officer engages in misconduct, he or she spends the goodwill of the judiciary as a whole,” the Utah Supreme Court said. “Here, we readily conclude that Judge Kwan has been spending our goodwill.”

Kwan’s lawyer, Greg Skordas, told the Associated Press that Kwan said some things “in haste,” and he “certainly regrets making those statements.” He added that Kwan is disappointed with the severity of the sanction.

Hat tip to How Appealing and the Legal Profession Blog.