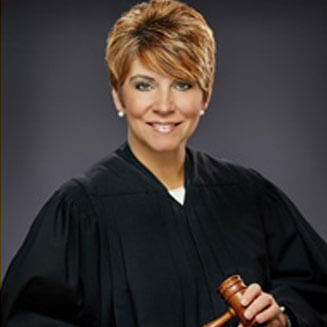 Louisiana’s governor is calling for the resignation of a judge who acknowledged using the N-word in text messages with a chief deputy with whom she once had an affair.

Louisiana Gov. John Bel Edwards says Judge Jessie LeBlanc of Napoleonville “has compromised her ability to preside as a judge,” report CNN, the Advocate, the News Star and WAFB.

LeBlanc, who is white, used the N-word in the 2018 texts to refer to an Ascension Parish deputy and a law clerk after receiving a package that alarmed her.

In an interview with WAFB, she admitted using the word. “I profusely apologize for that,” she said. “I should have never said it. It was uncalled for. I was angry. I was upset.”

The Louisiana Legislative Black Caucus and the state Democratic Party are also calling for LeBlanc’s resignation. In addition, the Baton Rouge Branch of the NAACP filed a complaint with the Louisiana Supreme Court’s Judiciary Commission seeking LeBlanc’s removal.

After the affair ended, LeBlanc told WAFB, she began receiving anonymous messages. Around Christmas in 2018, she received a package wrapped like a gift. Inside were Prejean’s phone records, with the law clerk’s phone number highlighted.

LeBlanc said the information had to be coming from someone related to Prejean, and so she lashed out at him in text messages. In those messages, she used the N-word to refer to two of his friends, including the law clerk.

Prejean was demoted after he admitted to the affair last year. LeBlanc’s cases were reassigned after news of the affair became public and she went on sick leave.

LeBlanc told WAFB she never signed a warrant for Prejean and he never testified in her court as a deputy. “I don’t believe any of this would warrant any new trials in Assumption Parish,” she said.

LeBlanc says she doesn’t intend to step down and she still plans to run for re-election. Her term ends at the end of the year.

There has “never been a hint of bias” in LeBlanc’s courtroom and she is well respected, according to a statement by her Baton Rouge lawyer, Jill Craft.

“Judge LeBlanc is a member of the judicial branch,” the statement said. “With all due respect, the governor is part of the executive branch and his attention should be directed there.”

Next:
Judge is reassigned after video shows her forcing child into lockup

Is lower number of law school applicants a COVID-19 glitch? LSAT schedule changes could be to blame