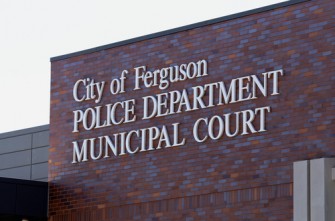 A federal judge in St. Louis has approved a confidential settlement in a wrongful death suit filed by the parents of Michael Brown, whose 2014 shooting death by a Ferguson, Missouri, police officer set off a wave of protests.

Settlements against government are usually open records under Missouri law, but U.S. District Judge E. Richard Webber said the Ferguson settlement should be sealed because of safety concerns, the St. Louis Post-Dispatch reports. USA Today and the Washington Post also have stories.

Webber cited an “adverse impact to plaintiffs” if the settlement were disclosed. “Disclosure of the terms of the settlement agreement could jeopardize the safety of individuals involved in this matter, whether as witnesses, parties, or investigators,” he wrote. “The public policy to consider records open is outweighed by the adverse impact to plaintiffs.”

Brown wasn’t armed when he was shot and killed by Ferguson police officer Darren Wilson. A grand jury declined to indict Wilson, and the U.S. Justice Department also declined to bring charges. A Justice Department report said no evidence disproved the officer’s claim that he shot Brown because he feared for his safety when the teen charged him.