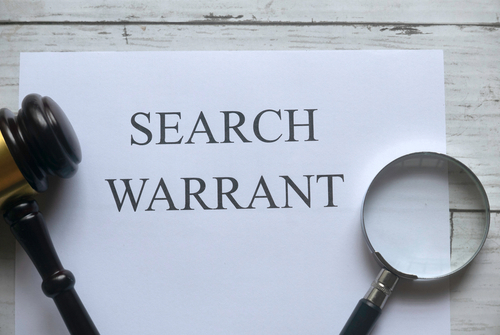 Police requests for no-knock warrants are rarely questioned by judges who are supposed to review the applications to ensure protection from unreasonable searches, according to an investigation by the Washington Post.

The newspaper reached its conclusion after reviewing more than 2,500 warrants in 30 states, conducting interviews and looking at court and police records.

“The whole system has devolved into a perfunctory bureaucracy that doesn’t take any care or due diligence for how it’s done,” said Peter Kraska, a professor at the Eastern Kentucky University who has studied no-knock raids, in an interview with the Washington Post. “That wouldn’t be as big of a deal, except that we’re talking about a really extreme policing approach—breaking into people’s homes with a surprise entry with the possibility of finding evidence.”

Police recovered less than three pounds of drugs combined in 12 of 13 fatal raids in which the Washingto Post reviewed the evidence seized.

Technology is making approval of the warrants easier and quicker, according to the article. Software in use by hundreds of law enforcement agencies allows judges to approve requests using computers, smartphones or tablets. One company, CloudGave, makes software used in nine states.

But efficiency may be compromising judicial scrutiny, according to the Rev. Alexis Anderson, a member of the East Baton Rouge Parish Prison Reform Coalition.

“While the technology certainly speeds up the process, what gets lost sometimes is the due process in that speed,” she told the Washington Post. “Because we’re assuming, quite frankly, that great thought is given to these warrants … and sometimes that’s not true.”

Concerns surrounding no-knock warrants have led 29 states and 21 cities to pass measures that restrict their use, according to police reform group Campaign Zero.

South Carolina Supreme Court Chief Justice Donald W. Beatty imposed a temporary ban on no-knock warrants in his state in July 2020. Beatty acted after a survey found that magistrates who issue most search warrants “do not understand the gravity of no-knock warrants and do not discern the heightened requirements for issuing a no-knock warrant.”

A few months before, Breonna Taylor, a 26-year-old emergency medical technician, was shot and killed in a no-knock raid at her Louisville, Kentucky, home after her boyfriend fired at officers, thinking that they were intruders

“We know that [police] are not doing the work to get these warrants, that they’re not doing what needs to be done,” said Taylor’s mother, Tamika Palmer, in an interview with the Washington Post. “Why would you want to sign your name on that? Why wouldn’t you want to make sure, ‘Let me just take a day or two to make sure you’ve done what you need to.’ … It’s insane, it’s lazy.”