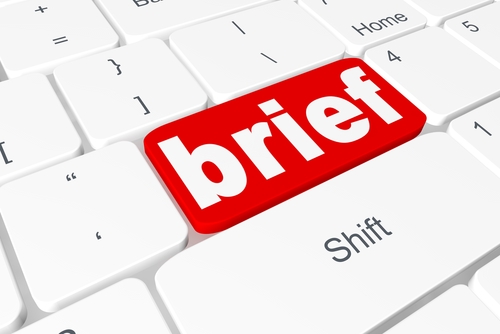 The U.S. Department of Justice has to file a new brief after running afoul of a Washington, D.C., court rule banning excessive footnotes.

U.S. District Judge James Boasberg of the District of Columbia ordered a new brief with no more than five footnotes and 25 aggregate lines of footnote text, the National Law Journal reports.

In his minute order Friday, Boasberg said the new brief should be under 25 pages total and should be filed by Aug. 17.

The initial document, a reply brief in support of the government’s motion to dismiss, had 12 footnotes with 80 lines of footnote text, which amounts to about three pages of regular text, according to the National Law Journal. Footnotes six and nine were the longest, with lengths of 13 lines and 17 lines, respectively.

Boasberg struck the brief for “for violating the court’s local rule on excessive footnotes, particularly given the length of the footnotes here.”

The DOJ filed the brief in a suit over the State Department’s record collection.

Boasberg is something of a stickler for footnote brevity. In July 2017, Boasberg tossed another government brief for “excessive footnoting” in a suit against the Office of the Comptroller of the Currency. That brief had 48 footnotes spanning 300 lines of text.

Boasberg also tossed briefs in suits over the Dakota Access Pipeline, the Trump administration’s rollback of health care protections for transgender patients, and the detention of immigrant families, according to the National Law Journal.

Boasberg is an appointee of President Barack Obama.