Sen. Kamala Harris calls for halt to advancement of judicial nominees; is it happening? 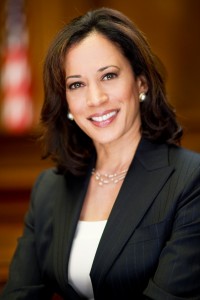 Updated: On Wednesday, U.S. Sen. Kamala Harris, a Democrat from California, called for a halt to the advancement of President Donald Trump’s judicial nominees during the impeachment proceedings against him.

According to Bloomberg, it is unclear whether votes on nominees who have advanced to the Senate will move forward when the trial is not in session. The trial is scheduled to begin on Jan. 21.

Harris called for the moratorium in a statement and on Twitter. She issued the statement on the day that the articles of impeachment were delivered to the Senate. The Hill has coverage.

“During the time when articles of impeachment are before the Senate, it would be wholly inappropriate to advance the president’s nominees to the federal judiciary,” the statement said.

The statement announcement said that after articles of impeachment against President Bill Clinton were delivered to the Senate in 1999, the “Senate Judiciary Committee did not hold any nominations hearings or advance any nominations to a confirmation vote.”

“As long as the cloud of impeachment exists, it would be a grave mistake for the Senate to allow the president to continue making lifetime appointments to the federal judiciary,” the letter said.

Groups signing the letter included the American Constitution Society, the Leadership Conference on Civil and Human Rights, the Human Rights Campaign, the NAACP, the National Employment Lawyers Association, the Sierra Club and the Planned Parenthood Federation of America.

The Senate is receiving the articles of impeachment against President Trump today. We should not advance any more judicial nominees while we take on this solemn responsibility of the president’s trial for high crimes and misdemeanors.