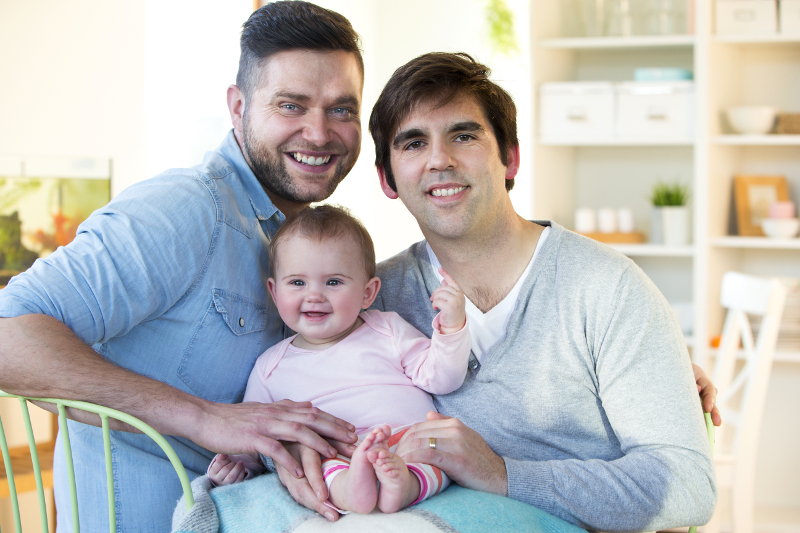 A Kentucky family court judge has issued an order saying he will recuse himself from adoption cases involving “homosexual parties,” the Louisville Courier-Journal reported.

Judge W. Mitchell Nance said in his order issued Thursday and sent to all lawyers in Barren and Metcalfe counties that he does so “as a matter of conscience” because and “under no circumstance” would “the best interest of the child be promoted by the adoption by a practicing homosexual.”

Judge Nance’s action and reasoning are similar to those of Kim Davis, a Kentucky state court clerk who two years ago refused to issue marriage licenses to same-sex couples because the documents would have her name on them and she rejects gay marriage on religious grounds.

Davis was defying the U.S. Supreme Court’s 2015 decision in Obergefell v. Hodges, which in four consolidated cases—including one from Kentucky—held that same-sex couples have a right to marry. Davis was briefly jailed for refusing court orders to do her job, and deputy clerks started issuing the licenses.

Later, the state’s governor and General Assembly changed the forms so clerk’s names aren’t on them.

Nance, who begins court each day by having those in attendance stand and recite the Pledge of Allegiance, told the Courier-Journal that he doesn’t know any gay adoptive parents and could not cite research showing they’re less qualified than heterosexuals.

Asked if judges who oppose capital punishment should recuse themselves from death penalty cases, Nance told the newspaper: “I really have not thought about that enough to give an intelligent answer.”

Lawyers say Nance is deeply religious and opposed to divorce. He makes both parties appear before him, even in uncontested divorces, offering condolences and asking them to explain why their marriage failed. Lawyers say he also asks where they go to church and whether they are true believers.

Nance told the newspaper he has a written rule requiring both parties to appear and offers condolences “because something joyful has turned out to be a matter of grief.” He also said that he may have asked some litigants about churches and religious beliefs, but does not do so routinely.

“He has taken an oath to uphold the law, which by virtue of the equal protection clause does not tolerate discrimination on the basis of race, religion or sexual orientation,” said Charles Geyh, a professor at Indiana University Maurer School of Law. “If he is unable to set his personal views aside and uphold the law — not just in an isolated case, but with respect to an entire class of litigant because he finds them odious — it leads me to wonder whether he is able to honor his oath.”

However, Nance has supporters. Martin Cothran of the Lexington, Kentucky-based Family Foundation, said on the group’s Facebook page and reported by the Washington Post that, “If we are going to let liberal judges write their personal biases and prejudices into law, as we have done on issues of marriage and sexuality, then in the interest of fairness we are going to have to allow judges whose personal biases and prejudices are different to recuse themselves from such cases.”

Even with Judge Nance’s blanket recusal, no delays are expected in adoption cases as they will be heard by another judge.

“I don’t have plans to recuse myself from any, so it should not affect the ability of any same-sex couples to adopt in Barren or Metcalfe counties,” Judge John T. Alexander told the Glasgow (Kentucky) Daily Times.

Nance’s term ends in 2023, according to the Courier-Journal.