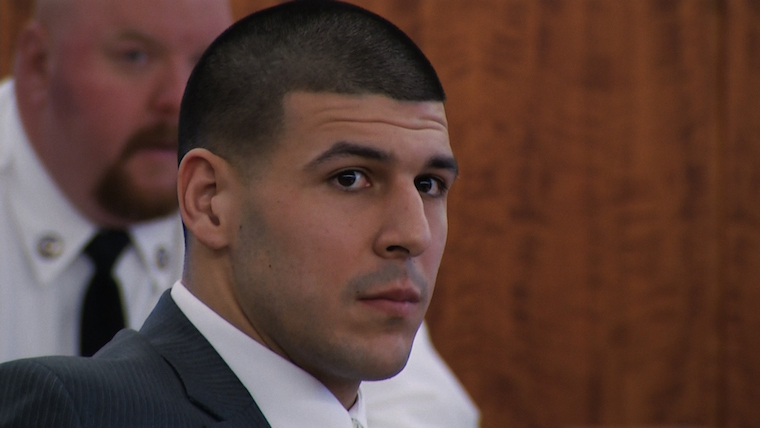 I grew up playing football, and I grew up loving the sport. In western Oklahoma, we started playing full contact, full pads in fifth grade. I was 11 years old. The consistent collisions continued until my senior year of high school. I had a few opportunities to play at some smaller schools, but I elected to take an academic scholarship at my favorite state school, thus ending my amateur career.

I still love football, and I’m always left with a bit of a void to fill once the NFL season ends. As I was searching through my streaming options for something to quench my thirst, I ran across the Netflix documentary series Killer Inside: The Mind of Aaron Hernandez.

Episode 1: The Boy from Bristol

The documentary series consists of three hourlong episodes. Each episode tries its best to focus on one salient aspect of the life of Hernandez, who grew up in Bristol, Connecticut. But the production team could have done a much better job compartmentalizing the different threads of thought weaving their way through the narrative. The first episode seems schizophrenic, continually moving between scenes from Hernandez’s youth to scenes from the first murder trial. There are far too many issues and ideas coming out of left field, only to be brushed away in a moment with little explanation or context.

I thought the first episode would focus on Hernandez’s youth and upbringing. For whatever reason, though, the producers felt compelled to throw in a bit of everything. I often found myself wondering what purpose a particular vignette served in the overall storyline. Some of those teasers came back around in subsequent episodes, and even though the documentary team did its best to tie everything together in the end, the scattershot delivery made the documentary feel discombobulated.

What we do garner about Hernandez’s early years from the first episode deals mostly with his football talent and accolades. Hernandez also experienced the same early exposure to full-contact football that I and so many other children did. Hernandez eventually developed into a standout, being named the state player of the year for Connecticut.

There is a brief discussion of one instance where Hernandez was knocked out cold from a hit on the football field. Emergency medical services had to remove him from the field on a stretcher, but he came back ready to play. You hear briefly from some of the people he grew up with, perhaps most notably his high school quarterback, who presents the documentary’s first bombshell: He and Hernandez had a relationship from seventh to 11th grade. Again, the purpose of this disclosure gives no insight into his background, and more than anything, it comes off as an attempt at a salacious subplot that is very poorly explained or put in context. 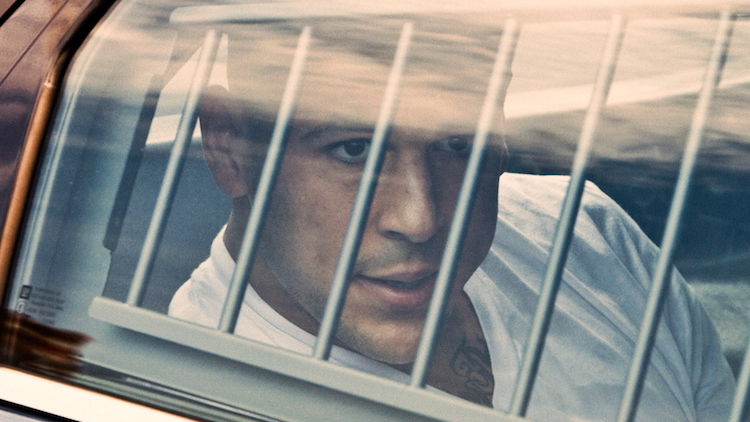 One thing the documentary does very well is employ audio clips taken from Hernandez’s jail calls to family and friends. It’s crucial to try to humanize the accused in the true crime genre, and hearing Hernandez in his own voice goes a long way toward that goal, for better or worse.

The audience sees the somewhat-hardheaded, violent man he has become, but his boyish innocence and naive demeanor somewhat contrast with that. When his agent makes a joke about all the companies waiting in line to sign him for endorsements, Hernandez jokes, “Can you get me a Smith & Wesson deal?”

And it’s the boyish aspect that gives the most insight into the documentary’s subject material. Hernandez left home for the University of Florida shortly after his father died when Hernandez was only 16 years old. He graduated school early so that he could also enroll in college early. That decision made him a 17-year-old freshman playing meaningful snaps on one of the country’s top programs at the time.

After playing only three years in college and suffering numerous injuries (including other head injuries), he decided to enter the NFL draft at age 20, where the New England Patriots drafted him in the fourth round amid rumors and concerns regarding his character.

The second episode delves more into the crime itself and how the prosecution made its case against Hernandez. The presentation is very rushed, but the documentary makes it very clear that this was a young man who was naive enough to carry out the murder of Odin Lloyd, his fiancee’s sister’s boyfriend, in a very sloppy manner.

The shooting was in a field next to Hernandez’s house. He created cellphone tower evidence. He was seen on various surveillance videos. He left a marijuana blunt with his DNA on it next to the body. He left shells in the car rented in his name, which matched a shell at the murder scene. The list goes on and on. Hernandez was not a killer who put much thought into his crimes. Everything seemed impulsive.

And that’s why I wish the production team would have provided more discussion on the issue of chronic traumatic encephalopathy in professional football players in general and Hernandez in particular. While the first two episodes spend a small amount of time discussing the injuries that Hernandez sustained playing football, not much focus is put on the severity of those injuries.

In fact, only about seven of the last nine minutes of the entire documentary series discuss CTE specifically. During that portion, the audience discovers that Hernandez—whose brain was donated to science after he died by suicide in his jail cell—had experienced very advanced damage to his brain, especially in the frontal lobe.

Still, other former players gave the CTE discussion little credit. According to one player: “My thoughts to people who think that CTE was somehow involved, I think that’s an absolute cop-out. There are thousands of former NFL players out there that might have dealt with concussions; I’ve dealt with them. So to use that as a cop-out? … C’mon, we’re smarter than that, people.”

However, the general public and the legal community could stand to look into the issue of CTE and its effects on decision-making, judgment and cognition as they relate to criminal activity. Regardless of what some may say, more and more professional football players seem to find themselves in troubling situations subsequent to their careers, and they aren’t the only ones who may be suffering.

Plenty of us who played football from a young age suffered multiple concussions. I remember games in high school where I had to wear one of the old-school bubbles over my helmet after a concussion. I hope that I don’t have any long-lasting negative effects, but I know there are others out there who will.

The documentary series is definitely worth watching for those fans of the genre who are more interested in the sensational nature of high-profile cases, as opposed to the procedure and process that go into a criminal investigation and conviction.

At the end of the day, the documentary series utilizes everything true crime fans have come to expect: live, recorded courtroom action, interviews with the attorneys, interviews with the witnesses, and crime scene evidence and analysis—plus at least a small glimpse into the inner workings of the justice system.

Nevertheless, where Killer Inside: The Mind of Aaron Hernandez fails to deliver on its full potential is the decision to only briefly touch on the issue of CTE and diminished capacity. Few true crime documentaries have such hot-topic fodder to work with, and it’s hard not to feel that this documentary series wasted a valuable opportunity to set itself apart from the rest of Netflix’s numerous true crime offerings.