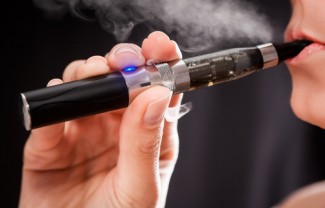 In a Thursday announcement, federal officials introduced a finalized rule (PDF) that will for the first time regulate e-cigarettes, as well as strengthen oversight by the U.S. Food and Drug Administration of other tobacco products.

As of Aug. 8, the FDA will include e-cigarettes, vape pens, hookahs, pipe tobacco, premium cigars and nicotine gels within the definition of tobacco products it regulates.

Sales will be restricted by the feds to those 18 and over; warning labels will be required; and all products, including those already being marketed, will be subject to FDA approval, reports the Wall Street Journal (sub. req.). The product-approval process will be phased in over a three-year period, the article notes.

Industry representatives and even some health experts were less enthusiastic about the new FDA oversight.

“This is going to be a grim day in the history of tobacco-harm reduction,” president Greg Conley of the American Vaping Association told the Wall Street Journal. “It will be a day where thousands of small businesses will be contemplating whether they will continue to stay in business and employ people.”

The industry trade group argues—in agreement with some health experts—that e-cigarettes and similar products are less harmful to consumers and hence should be encouraged as an alternative to traditional cigarettes. The FDA approval process is likely to create a significant roadblock for the smaller businesses that often offer these products, reports the New York Times (reg. req.).

However, the long-term effects of e-cigarettes and vaping are “largely unknown,” according to the Wall Street Journal, and concerns were voiced by public health groups that e-cigarettes could act as a gateway to traditional smoking. The American Lung Association came out in support of the FDA’s announcement.

CNN also has a story.