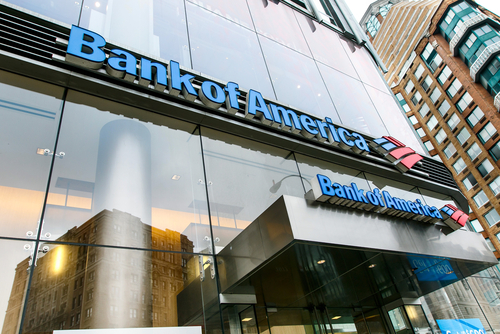 Some law deans were surprised to learn that a federal bankruptcy judge had decided to give their schools $4 million each in punitive damages awarded in a California couple’s wrongful foreclosure case against Bank of America.

U.S. Bankruptcy Judge Christopher Klein of Sacramento awarded $1 million in actual damages and $45 million in punitive damages in the suit by Erik and Renee Sundquist, who endured a “mortgage modification charade” and “a Kafkaesque nightmare” that included a stay-violating foreclosure. Law.com covered the decision (PDF).

The contributions are to be used for education in consumer law and consumer legal services.

Some law deans who spoke with Law.com said they were unaware of the case until they were alerted to the ruling by University of California at Irvine law dean Erwin Chemerinsky. “It caught me out of the blue,” said UC Davis law dean Kevin Johnson.

Klein said Bank of America could have a remittitur of the $40 million in punitive damages awarded to the schools and consumer organizations if it agrees to give them 75 percent of the pretax designated amounts.

The bank’s “high degree of reprehensibility” in the case and its “cynical disregard for the law” merited the punitive award, Klein said.

Bank of America had “willfully violated” a bankruptcy court stay by foreclosing on the Sundquists’ residence, Klein said. The Sundquists had defaulted on their loan after Bank of America advised them that they had to do so to obtain a mortgage modification.

According to Klein, the bank had conducted harassing inspections of the couple’s residence, forced them to move, secretly rescinded the foreclosure, and failed to protect the property from looting. The bank’s actions caused emotional distress, lost income, an apparent heart attack, a suicide attempt and post-traumatic stress, the judge said.

Klein said it would be wrong to use “simplistic multiples” to limit punitive damages to up to six times compensatory damages because the amount would be “laughed off in Bank of America’s boardroom” as the cost of doing business. Yet awarding the full $45 million to the Sundquists would be greater than justified by principles of fairness, he said. He noted a Supreme Court of Ohio decision treating society as a de facto party in some punitive damage cases and said the principle could be applied to the Sundquists’ case.

UC Hastings law dean David Faigman commented on the case in his interview with Law.com. “In a sense, what the court is saying is when a defendant has behaved badly, the costs associated with that is providing resources to support legal education to create protectors so that other, future defendants don’t behave badly,” he said.

Law.com noted that it is not unheard of for judges to award cy pres awards to law schools, but those cases are typically class action lawsuits. “We’re not counting the money just yet,” Faigman said.

Bank of America said in a statement that it regrets that the Sundquists had “a challenging experience.”

“We believe some of the court’s rulings are unprecedented and unsupported, and we plan to appeal,” the statement said.