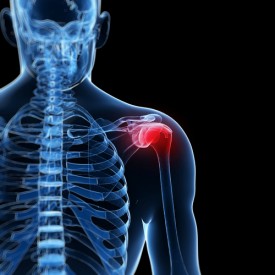 A law professor who alleges he was bullied by colleagues and injured when a professor grabbed and squeezed his shoulder may pursue claims of assault and battery, but not intentional infliction of emotional distress, a federal judge has ruled.

In an April 30 opinion (PDF), U.S. District Judge Jack Zouhary allowed four of the lawsuit claims made by Ohio Northern University law professor Scott Gerber, the National Law Journal (sub. req.) reports. The allowed claims are: assault, battery, negligent retention and supervision, and an ERISA violation over an alleged error in the handling of retirement contributions.

Gerber’s suit complained about the overruling of a grading decision, his failure to win reappointment to a prestigious chaired position, a colleague’s purported advice to avoid Gerber’s classes because he was a “tyrannical Republican,” and a request that Gerber teach an additional class for which he had no expertise. His relationships with administrators suffered to the point that law dean Richard Bales, who took over the job in 2013, recorded his meetings with Gerber.

Gerber’s assault and battery claims stem from an alleged October 2012 incident involving law professor Stephen Veltri, who had served as associate dean and interim dean in 2011 and 2012.

According to Gerber’s suit, Veltri “verbally berated and attacked Mr. Gerber as he grabbed and squeezed Mr. Gerber’s shoulder in a tight and strong fashion with the belief that an injury was substantially certain to occur, which it did.” Gerber also claims Veltri shouted and cussed at him in 2007, and struck him with an office door in 2011.

“Gerber alleges dozens of purportedly outrageous actions,” Zouhary wrote. “This court will not discuss each of these meritless claims in detail.”

But being asked to teach an extra class on a topic Gerber had not studied in law school “is neither extreme nor outrageous,” Zouhary said. His complaint about changes to the school’s grievance procedure “is an example of a common dispute” between a university administrator and faculty member, Zouhary said.

And facts in case precedent allowing such claims “are a far cry from Gerber’s lament that law school leadership required him to attend a dinner event when he had a migraine,” Zouhary wrote.

Veltri’s lawyer, Connor Kinsey, told the National Law Journal his client was contesting the claims. “We’re very confident that the evidence in this matter will fully vindicate Professor Veltri against these baseless allegations,” Kinsey said.