Lawsuit seeks R-rating or higher for movies depicting tobacco use 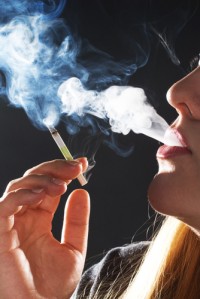 A class action lawsuit filed in federal court in San Francisco contends that movies using tobacco imagery should get at least an R rating.

The would-be class action suit (PDF) says Hollywood studios have known since at least 2003 that tobacco imagery in films rated G. PG and PG-13 contribute to nicotine addiction among young people, report Courthouse News Service and the Hollywood Reporter. Yet films with such imagery continue to get a “seal of approval” for children, the suit says.

The suit seeks an injunction and a declaratory judgment that the ratings system “is negligent, false and misleading and a breach of defendants’ fiduciary and statutory duties.” The complaint also seeks damages for consumers who bought tickets to movies that were negligently rated, and disgorgement of gains from the alleged inaccurate ratings.

The suit was assigned on Monday to U.S. District Judge Richard Seeborg, the New York Times reports. A First Amendment defense is likely, according to the Hollywood Reporter.