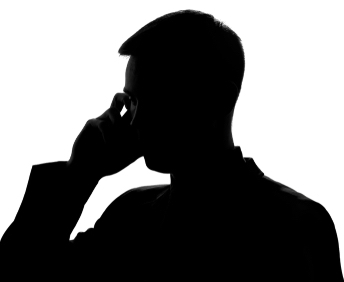 A North Dakota lawyer who was once charged with murder conspiracy filed a federal lawsuit Wednesday that claims that the prosecutor and law enforcement agents relied on an unreliable confidential informant who was a “habitual liar.”

The lawyer, 78-year-old Henry Howe of Grand Forks, says the defendants acted recklessly or with malice, the Grand Forks Herald reports. He is seeking $6 million in damages.

Howe was arrested in 2014 and accused of conspiring to kill a witness in a drug case to benefit one of his clients. The charge was later downgraded to conspiracy to tamper with a witness. The charge was dropped a few months after his initial arrest.

One of the defendants in Howe’s suit is Judge Barbara Whelan of Walsh County, who had been involved in Howe’s case when she was a prosecutor. The other defendants are a sheriff’s deputy and two special agents with the North Dakota Bureau of Criminal Investigation.

Howe’s suit alleges that the confidential informant, Steven Harold Anderson, was “a career con man and felonious criminal of very broad scope.” Anderson had previously told authorities about two murder-for-hire plots that turned out to be “a bogus scheme,” the suit says.

Howe says Anderson was dispatched to live with one of his drug clients, and he accompanied the client to meetings with Howe. In one instance, Howe was asked what would happen if a particular prosecution witness did not show up for trial. Howe responded that prosecutors “wouldn’t have a case,” the suit says.

The defendants worked with Anderson to “maliciously surround and infest the benign (and very true) statement” about not having a case, the suit alleges.

Before his arrest, the suit says, Howe had clashed with Whelan. The dustup stemmed from his revelation that the woman who accused one of his clients of sexual misconduct gave him a recorded interview in which she said the sex acts were consensual.

Howe alleges Whelan went “ballistic” when he revealed the recording. Later, she wrote to the state’s disciplinary counsel professing to be concerned about Howe’s physical and mental health.

Howe alleges the sheriff’s deputy resented him because he had exposed her false testimony during a suppression hearing. The other law enforcement personnel also held grudges against him for his success in defending clients, the lawsuit says.

Howe’s suit alleges that the defendants violated the Fourth Amendment by including falsehoods in his arrest warrant and engaging in malicious prosecution.

Whelan did not immediately respond to an email sent to her assistant seeking comment.