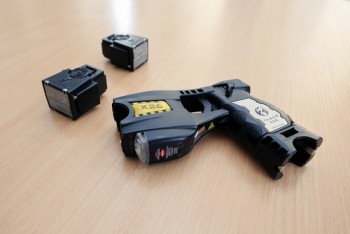 A California lawyer who wore casual clothes when he stopped by the courthouse on his day off has said he could have acted differently when confronted by deputies, but he did not commit a crime.

Attorney Jaaye Person-Lynn said he will appeal his conviction for obstructing or delaying a police officer. He was sentenced last week to a year of probation.

The stories described Person-Lynn as a lawyer who has been involved in high-profile cases, including a case in which a woman died in police custody.

Person-Lynn thinks he was treated differently during the January 2019 incident because he is Black. The incident ended with a stun gun being used on him and his arrest.

According to Fox 11 Los Angeles, Person-Lynn was wearing a “large sweat-type outfit” when he stopped by the Rancho Cucamonga superior courthouse that day.

Person-Lynn said he was told to speak to the courtroom clerk when he asked the clerk’s office about changing a court date for a client.

Video shows deputies pointing to the door after Person-Lynn approaches the clerk. One deputy slightly pushes the lawyer when he does not go. Person-Lynn said he is an attorney, and he is in the courtroom to talk to the clerk. After voicing some objections, he is escorted outside the courtroom.

After leaving the courtroom, audio records Person-Lynn reciting the case number. He tells someone, “You f- - -ed up,” and objects to someone placing hands on him. “I’m definitely coming after you,” he says, adding that he will use everything he learned in law school. The reference was to a potential lawsuit, according to TMZ said. At that point, a Taser can be heard.

“I stand on what I did that day,” Person-Lynn told NBC Los Angeles. “Could I have done it differently? ‘Yes.’ Did it amount to a crime? ‘No.’”