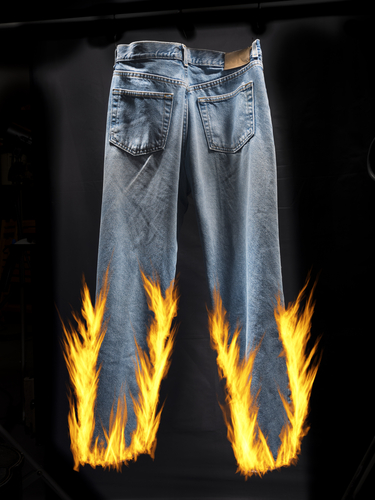 A Florida lawyer who made news when his pants began to smolder during his client’s arson trial has been asked to show cause why he shouldn’t be disciplined for a lawsuit claim that he made on the defendant’s behalf.

The lawyer, Stephen Gutierrez, admitted filing an amended lawsuit against Geico that contended that the defendant’s car caught on fire as a result of a collision. The amended complaint was filed in March 2017, soon after jurors in the defendant’s criminal trial found Gutierrez’s client guilty of second-degree arson for setting fire to the vehicle, according to Gutierrez’s consent judgment for discipline.

The Miami Herald has coverage.

In September, a referee recommended a 91-day suspension along with a probationary period of two years, during which Gutierrez would participate in the state’s lawyer assistance program. On Oct. 25, the Florida Supreme Court ordered Gutierrez to show cause why a more severe sanction shouldn’t be imposed, including a sanction of a one-year suspension followed by two years on probation.

Gutierrez had claimed that his pants began to emit smoke during closing arguments in the criminal arson trial because a battery that he used to charge phones and e-cigarettes broke in his pocket. He denied staging any kind of stunt. He rushed from the courtroom to extinguish the fire in the bathroom.

Prosecutors had considered whether the pants incident rose to the level of arson under Florida law. The state said in a May 2017 memo that Gutierrez likely ignited the battery to demonstrate “the feasibility of spontaneous combustion,” but that wouldn’t rise to the level of a criminal offense.

The referee cited several mitigating factors in the discipline case. Gutierrez had no prior disciplinary record, he had no dishonest or selfish motives, he was inexperienced in practicing law, and he has expressed remorse.

He also has personal and emotional problems, the referee’s report said. Gutierrez “lost both his mother and sister to tragic occurrences during the relevant time period,” and he was also “coping with his father’s serious illness” during the same time period. After the events at issue, his wife filed for divorce.

Gutierrez was admitted to practice law in September 2015, according to the Florida Bar.

He did not immediately respond to a request for comment.