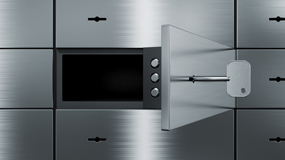 The fine print in contracts for renting a bank safe-deposit box explain that valuables placed in them by customers, unlike ordinary checking and savings accounts, aren’t covered by the FDIC insurance.

But a lot of people may not understand that. Among those who learned this information the hard way was a lawyer going through his mother’s suburban Chicago box after recent record-breaking flooding, the Chicago Tribune reports.

Attorney William Hielscher said the experience was more emotional than he expected as he looked at his mother’s waterlogged photos and dirty pearls—described by a bank employee overseeing the process as “white beads.” However, he was stunned to be asked by the bank to sign a release acknowledging that it was not financially responsible for his mom’s losses.

Hielscher refused to sign—and suggested that other customers not sign either. “I think people are under the mistaken impression that the bank is protecting their valuables the same way the bank is protecting their money,” he told the newspaper, referring to the Federal Deposit Insurance Corp. coverage that protects money in individual bank accounts.

A bank spokesman told the Tribune that its lack of liability for such losses is “stated clearly in the agreement,” but also said the bank would work with flood-affected customers to try to reach a resolution. All have been offered a year of free safe-deposit box services at another branch.

John Hall, a spokesman for the American Bankers Association, said those who want coverage for safe-deposit box losses should get a rider on their homeowners insurance.