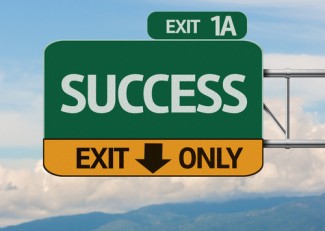 Toxic behavior doesn’t lead to any additional career success than kindness does, according to a new study tracking nearly 500 people over a 14-year period.

The study followed people from three universities who completed a personality test as students. Being disagreeable—meaning selfish, combative and manipulative—did not give them any advantage in competition for power, according to the Aug. 31 study by a team from the University of California at Berkeley’s Haas School of Business and Colby College.

Berkeley News, Courthouse News Service and Psychology Today have coverage of the study, published in the journal Proceedings of the National Academy of Sciences.

One of the personality assessments measured the five personality traits: openness to experience, conscientiousness, extraversion, neuroticism and agreeableness.

More than a decade after the students completed the personality assessment, they were asked about their power and rank in the workplace. The researchers found that people who had disagreeable traits weren’t any more likely to attain power than those who were generous and trustworthy.

The authors concluded that any advantage from disagreeable traits is offset by an inability to build interpersonal relationships.

“This myth that bullying, nasty and selfish individuals get ahead isn’t supported,” says Cameron Anderson, one of the study researchers and a professor at Berkeley Haas, in an interview with the ABA Journal. “For people seeking power, you don’t need to play dirty to get it.”

Anderson told the ABA Journal that some of the people in the study did become lawyers, but the study did not break out the impact of disagreeableness in law firm success. The study results, however, were remarkably consistent across organizations, and Anderson suspects that they would hold true in law firms.

“It didn’t matter who you were or where you worked, behaving badly just didn’t give enough of an advantage,” he says.