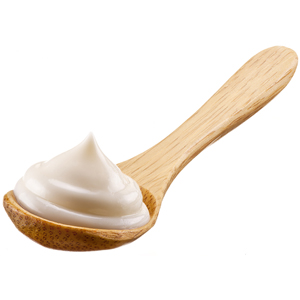 A lawsuit filed by the maker of Hellmann’s and Best Foods mayonnaise claims a new brand called Just Mayo is confusing consumers because the product isn’t the real thing.

The suit by Unilever says Just Mayo doesn’t meet the Food and Drug Administration’s definition of mayonnaise because it isn’t made with eggs. The product is made with yellow peas instead of eggs. The suit, filed Oct. 31 in federal court in New Jersey, alleges false advertising and fraud, the New York Times and the Wall Street Journal (sub. req.) report.

Just Mayo is made by the private startup Hampton Creek, which touts its eggless recipe as a benefit. Its founder, Josh Tetrick, told the Times the lawsuit is a symptom of a bigger problem. “This is about something a whole lot larger than our advertising and speaks to the change we need in food production generally,” he said. “We’ve got to figure out a way to solve the big problems like food’s impact on environment and health.”