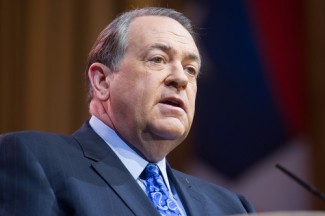 Former Arkansas Gov. Mike Huckabee has filed a bar complaint against a Florida lawyer for suggesting in a tweet that his nickname should be “beach thief” and otherwise ridiculing him on Twitter.

The lawyer, Daniel Uhlfelder, tweeted links to articles about Huckabee’s October complaint, leading to a huge increase in his Twitter followers, report WUWF and TechDirt.

Uhlfelder said he had about 400 Twitter followers before he shared an op-ed article by the South Florida Sun Sentinel. By Monday, he had nearly 75,000 followers.

Uhlfelder is an opponent in litigation over public rights to beachfront property owned by a trust benefiting Huckabee, according to the bar complaint. Uhlfelder intervened on behalf of Florida Beaches for All, a citizens group, in a suit filed by Walton County, Florida, against the trust.

At issue in the suit is whether the beachfront property belongs to Huckabee’s trust or to the public under a 2018 Florida law. The legislation voided public access to private beaches unless a court rules that the area had a recreational customary use.

In a July 2019 Twitter post, Uhlfelder suggested that Huckabee’s nickname should be “beach thief,” the complaint says.

He also posted disparaging editorials and cartoons about Huckabee, and he reposted a tweet that read: “I’m trying not to picture Ol’ Man Huckabee slathered in Noxzema, clad in a Fox And Friends t-shirt, khaki shorts, calf-length black socks and sandals, wandering along the beach with a metal detector.”

Uhlfelder replied when another Twitter user apparently referred to Huckabee’s daughter, Sarah Huckabee Sanders. “Worse would be Sarah all slathered in a thong bathing suit,” the Twitter user said.

When Huckabee blocked Uhlfelder, the lawyer posted the notice of the blocking.

“This is not a case in which an attorney is generally commenting about some public matter,” Huckabee’s complaint said. “Rather, Mr. Uhlfelder is directly targeting me for harassment while I am an adverse party during ongoing litigation. He has accused me of being a thief, disparaged me and my family, and continued to harass me even when I blocked his account. Mr. Uhlfelder’s conduct is an embarrassment to the reputation of the Florida Bar.”

The complaint is at the “staff level of investigation,” a bar spokeswoman told NWF Daily News. Uhlfelder is asking the bar to toss the complaint.

“A lawyer—simply because he or she is a lawyer—does not check First Amendment rights at the door to admission to the Florida Bar,” says Uhlfelder’s Dec. 2 response, filed by lawyer Mark Levine.