New York's ban on surcharges for credit card use is a regulation of speech, Supreme Court says 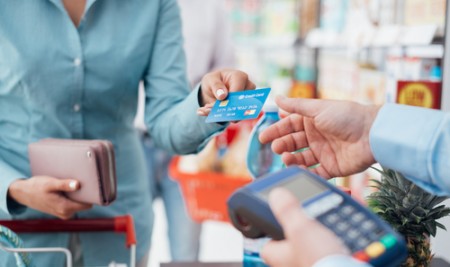 A law prohibiting merchants from imposing surcharges for credit card use—while allowing discounts for cash purchases—is a speech regulation that should be examined under the First Amendment, the U.S. Supreme Court ruled on Wednesday.

In a challenge to the law as applied to them, the merchants had argued the New York law violated the First Amendment by regulating how they communicate their prices. But the New York-based 2nd U.S. Circuit Court of Appeals had ruled that the law governs conduct, rather than speech, and does not violate the First Amendment.

The five businesses wanted to impose surcharges to cover transaction fees charged for credit card use that typically range from 2 to 3 percent of the purchase price. They had claimed the New York law known as Section 518 unconstitutionally regulates speech and is impermissibly vague.

The Supreme Court ruled that the law regulates speech but is not vague as applied to the challengers. The court remanded the case for a determination whether the law violates the First Amendment.

“Section 518 is different,” Roberts wrote. “The law tells merchants nothing about the amount they are allowed to collect from a cash or credit card payer. Sellers are free to charge $10 for cash and $9.70, $10, $10.30, or any other amount for credit. What the law does regulate is how sellers may communicate their prices. A merchant who wants to charge $10 for cash and $10.30 for credit may not convey that price any way he pleases. He is not free to say ‘$10, with a 3 percent credit card surcharge’ or ‘$10, plus $0.30 for credit.’ ”