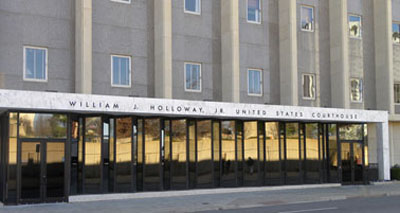 U.S. District Court for the Western District of Oklahoma.

The Senate on Tuesday confirmed U.S. Magistrate Judge Charles Barnes Goodwin for a federal judgeship, though the ABA Standing Committee on the Federal Judiciary had given him a “not qualified” rating by a majority vote.

Goodwin was approved for a judgeship on the U.S. District Court for the Western District of Oklahoma, report Courthouse News Service and the Oklahoman. Six Democrats joined Republicans to approve Goodwin by a 52-42 vote.

The standing committee had expressed concerns about Goodwin’s “work habits, including his frequent absence from the courthouse until mid-afternoon.” A majority rated Goodwin “not qualified.”

Goodwin had said he was sometimes away from the courthouse because he worked from home when he didn’t have court hearings and he was focusing on writing opinions. Goodwin said he found it beneficial to “focus in solitude on writing.”

The standing committee evaluates nominees based on professional competence, integrity and judicial temperament. The committee conducts dozens of interviews with people who know a nominee. Committee members also read the candidate’s writings, and traditionally interview the candidate toward the end of the investigation. During the interview, the candidate can rebut adverse information disclosed by the evaluator, according to a backgrounder on the nonpartisan process. The available ratings are “well-qualified,” “qualified” or “not qualified.”