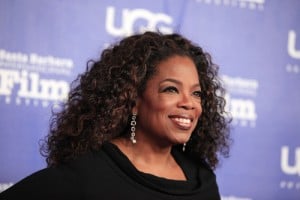 A retired nuclear physicist has sued over the planned closure of trails that have been used by hikers for decades on a 66-acre Colorado property intended as the site of a new home for Oprah Winfrey.

The entertainment queen plans to to build a megamansion and guest house on the site, which was purchased for more than $10 million in March. It is located in Mountain Village, near Telluride and the Telluride Ski Ranches resort where nuclear physicist Charles D. Goodman built a vacation home in the early 1970s. Land once owned by the U.S. Forest Service is part of the resort property, but trail easements were agreed to as part of a land trade to Telluride Ski Co., the Denver Post reports.

The easements also were shown on a recorded 2005 land plat concerning what is now Winfrey’s property. However, the sellers made a “correction” to the plat that eliminated trails shortly before the sale to Winfrey and her company closed, according to Goodman.

“One month before Oprah closed on the property, the rights of way disappeared entirely,” said attorney Robert Korn, who is representing the 86-year-old in the suit.

The San Miguel County District Court filing on behalf of his client names both Winfrey’s company and the sellers as defendants, along with town officials of Mountain Village.

“Yellow Brick Road Co. LLC will continue to work with the residents of the Ski Ranches Homeowners Association to enable them to have reasonable access over portions of the company’s recently acquired property for recreational trail use,” says an email to the newspaper from a spokeswoman for the company. “It is our hope that we can work together on a usage plan that is mutually agreeable.”