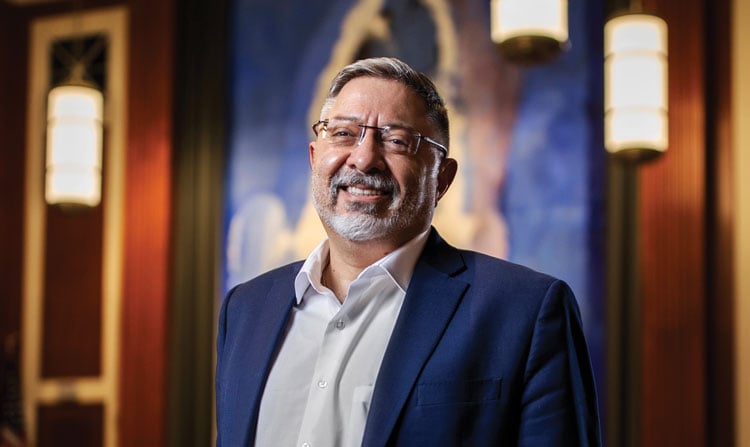 Utah Supreme Court Justice Constandinos “Deno” Himonas, one of the major driving forces behind his state’s groundbreaking reforms opening up the legal marketplace to nontraditional providers, recently announced that he will be retiring from the bench to join a major law firm opening an office in the state’s capital.

Himonas, whose last day as a justice will be March 1, will transition to working for Wilson Sonsini Goodrich & Rosati in its new Salt Lake City office, the firm said in a press release issued Tuesday. Himonas will work in the firm’s litigation and appellate practices, where his focus will be advising companies on complex governance and regulatory issues.

“Wilson Sonsini does such a good job representing innovative clients because it has an innovative mindset itself,” Himonas said in a statement. “That’s what drew me to the firm.”

During his tenure as judge in Utah that began in 2004, Himonas has been known for his own strong embrace of innovation, particularly in how courts regulate the practice of law.

In recent years, he co-chaired two committees that paved the way for Utah to adopt sweeping regulatory changes designed to boost access to justice.

The centerpiece of the approved reforms was the creation of a regulatory sandbox program in which nontraditional legal services providers—including those with nonlawyer owners or investors—can provide legal assistance without the fear of being accused of the unauthorized practice of law.

The sandbox program launched in August 2020 and has attracted nearly 30 entrants offering a variety of services. In April, the Utah Supreme Court voted unanimously to extend the term of the sandbox program from two years to seven years.

Himonas was named a 2021 ABA Journal Legal Rebel for the leadership role that he played, along with John Lund, former Utah State Bar president, in advancing the reforms.

“I am particularly proud of the Utah Supreme Court’s efforts to develop and launch the world’s first legal regulatory sandbox,” Himonas wrote in his resignation letter dated Oct. 29. “Indeed, our sandbox already serves as the model for other states and countries considering regulatory reform.”

Himonas declined to comment beyond his resignation letter and statement in the Wilson Sonsini press release.

As for Wilson Sonsini, the Silicon Valley, California-based firm noted in its press release that it has had a physical presence in Utah for two years through SixFifty, its technology subsidiary.

“The firm has recognized Utah as a site of innovation, and the opening of a firm office here just confirms that,” Parker said in a statement. “It’s fitting that the Utah office of Wilson Sonsini will include Justice Himonas, one of the most forward-thinking members of our judiciary.”