Posner: 'Outlandish' attorney fees in glucosamine settlement were part of a 'selfish deal' 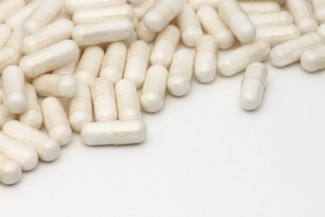 A nationwide class-action settlement calling for the payment of $1.93 million in attorney fees represented “a selfish deal” between class counsel and a company that makes glucosamine pills, a federal appeals court has ruled in an opinion by Judge Richard Posner.

The settlement by NBTY and its subsidiary Rexall Sundown called for attorney fees of up to $4.5 million, but U.S. District Judge James Zagel of Chicago reduced the fees, the Am Law Litigation Daily (sub. req.) reports in its coverage of Posner’s opinion for the Chicago-based 7th U.S. Circuit Court of Appeals. Zagel thought the amount was reasonable, given a maximum potential payout of $20.2 million in the class actions, Posner wrote.

The class actions had alleged the defendants falsely claimed glucosamine could help rebuild cartilage and lubricate joints. In the appeal, several law firms had argued that Zagel should not have cut the fees to less than $2 million. “But we’ll see that the problem with the district judge’s decision is not that it leans too far in favor of the objectors, as class counsel contend, but that it doesn’t lean far enough,” Posner wrote.

Posner said the lower court had valued the settlement at $20.2 million based in part on a “contrary-to-fact assumption” that every class member who received a postcard notice would file a $3 claim, for a total of $14.2 million. Zagel’s figure also included the cost of the notice to the class and the upper attorney fee limit, though notice and fees “are costs, not benefits,” Posner said. Zagel had reasoned that $1.93 million in attorney fees was justified given that it represented just 9.6 percent of the maximum potential payment.

But many class members did not seek payment under a process inviting them to call a toll-free number or to visit a website with links to six documents, including a claim form requiring “needlessly elaborate documentation” of the purchase, Posner said.

In all, Posner said, the class plaintiffs “received a meager $865,284. This means the attorneys’ fees represented not 9.6 percent of the aggregate value but an outlandish 69 percent.”

Posner also said there was “no validity” to a $1.13 million cy pres award to an orthopedic institute. And he criticized a 30-month injunction that, in his view, required the defendants to “make purely cosmetic changes in wording” on packaging.

“The settlement, a selfish deal between class counsel and the defendant, disserves the class,” Posner wrote in rejecting the settlement.

The opinion was a victory for Ted Frank of the Center for Class Action Fairness, who objected to the settlement as a class member. He told the Am Law Litigation Daily he will be citing the case in new objections to class-action settlements. So far, he says, his group has persuaded courts to wipe out $271 million in attorney fees in the 39 cases in which the center achieved some success.

“This is the best opinion out there” on class settlement issues, Frank told the Litigation Daily. “I think it will have a dramatic effect on class action settlements negotiated.”