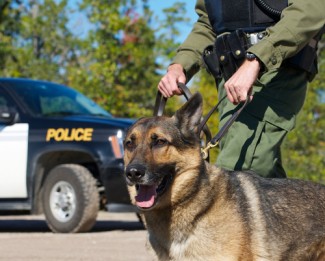 Police who use drug-sniffing dogs in conjunction with traffic stops can’t keep the motorist waiting after the ticket is written when they have no reasonable suspicion justifying the extra time, the U.S. Supreme Court has ruled.

The court ruled in the case of motorist Dennys Rodriguez, who says police violated his Fourth Amendment rights when he was pulled over for driving on a highway shoulder, issued a warning, and forced to wait seven or eight minutes for a search by a drug-sniffing dog.

The relevant issue, the Supreme Court said in a 6-3 opinion (PDF), is whether the police officer had a reasonable suspicion of criminal activity that justified detaining the motorist after the traffic stop was complete. The court remanded the case to the St. Louis-based 8th U.S. Circuit Court of Appeals to consider the issue.

A police stop exceeding the time needed to handle the traffic violation would violate the Constitution’s shield against unreasonable seizures, if there is no reasonable suspicion justifying it, the court said. The majority opinion by Justice Ruth Bader Ginsburg was joined by Chief Justice John G. Roberts Jr. and Justices Antonin Scalia, Stephen G. Breyer, Sonia Sotomayor and Elena Kagan.

The Supreme Court previously found no constitutional violation when a dog sniff is made during a lawful traffic stop, Ginsburg said, citing the 2005 case Illinois v. Caballes.

In the new case, Rodriguez was given a warning and forced to wait for a backup officer to arrive before the search by the drug-sniffing dog. The dog alerted, the vehicle was searched and a large bag of methamphetamine was found.

A magistrate judge had found there was no individualized suspicion supporting detention for the dog sniff. That determination was not addressed by the federal appeals court when it found the delay was permissible as a de minimis intrusion on Rodriguez’s personal liberty.

ABAJournal.com: “Was chief justice’s vote in dog-sniff case due to ‘Ferguson effect’?”

Updated on April 22 to link to subsequent coverage.