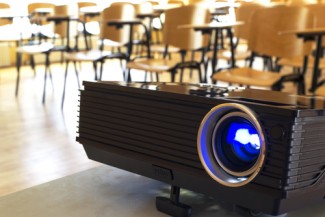 The Washington Supreme Court has overturned a conviction for murder and other crimes in the slaying and robbery of an armored car guard because of a prosecutor’s PowerPoint presentation during the closing argument.

The Jan. 22 opinion (PDF) said the presentation amounted to “egregious misconduct” during the Pierce County trial of Odies Walker, report the Seattle Times, the News Tribune, the Associated Press and the Marshall Project.

Walker was not the accused triggerman, but prosecutors said he helped plan and participated in the robbery. In advance discussions about the need to shoot the guard, Walker allegedly told his accomplice to “do what you got to do.”

A prosecutor presented 250 PowerPoint slides during the closing, including 100 with the caption “defendant Walker guilty of premeditated murder.” One read, “Money is more important than human life,” though it was never alleged that Walker said such a thing.

Another was a picture of Walker splurging on a dinner at Red Lobster with his family after the slaying with a caption that read, “This is how you murder and rob n——. Next time it will be more money.” Walker allegedly made the comment to his girlfriend’s son at the dinner.

Another read that Walker was “guilty as an accomplice to the murder because he splurged on frivolous things.” The next slides show that he purchased two safes and video games after the incident, and paid for the Red Lobster dinner.

The court said that lawyers may use multimedia resources in closing arguments to summarize and highlight relevant evidence, and to argue reasonable inferences from the evidence, but “advocacy has its limits.”

“Closing argument provides an opportunity to draw the jury’s attention to the evidence presented, but it does not give a prosecutor the right to present altered versions of admitted evidence to support the state’s theory of the case, to present derogatory depictions of the defendant, or to express personal opinions on the defendant’s guilt,” the opinion said.

In Walker’s case, the majority opinion said, the slides “were altered with inflammatory captions and superimposed text,” including some text that was “racially inflammatory.” The presentation also improperly suggested that Walker “should be convicted because he is a callous and greedy person who spent the robbery proceeds on video games and lobster,” according to the opinion.

Pierce County Prosecutor Mark Lindquist said in a press release that the evidence in the case was overwhelming and he plans to ask the U.S. Supreme Court for review.