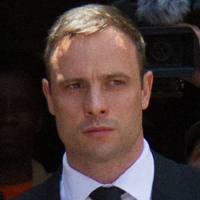 South African prosecutors announced they will appeal both the judgment and sentence handed down to sprinter Oscar Pistorius.

The New York Times reported that Nathi Mncube, a spokesman for the National Prosecuting Authority in South Africa, sent out a tweet Monday saying that prosecutors “will be appealing both the conviction and sentence.” Pistorius was convicted of culpable homicide, equivalent to manslaughter, for shooting his girlfriend, Reeva Steenkamp, to death in his home in February 2013. Pistorius, who had claimed that he thought Steenkamp was a burglar, had been acquitted of the more serious murder charges, and last week he was sentenced to five years in prison with the possibility of being released into house arrest after 10 months.

“The prosecutors are now preparing the necessary papers in order to be able to file within the next few days,” Mr. Mncube said, according to the South African Press Association.

The verdict and sentence drew widespread criticism for being lenient. The prosecution had requested 10 years in prison for the culpable homicide count.

“This is sending a very, very wrong message out there,” Jacqui Mofokeng, a spokeswoman for the Women’s League of the governing African National Congress party, said last week.

According to the Times, Pistorius, who is being held in the hospital wing of the Kgosi Mampuru II prison in Pretoria, formerly known as Pretoria Central, will not appeal either the verdict or the sentence.