Youths 16 to 18 should be allowed to preregister to vote ahead of elections, House of Delegates says 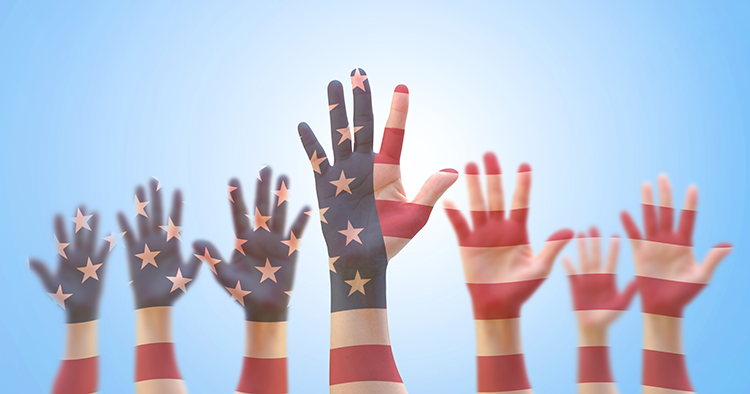 Youths between ages 16 and 18 should be permitted to preregister to vote so they can cast ballots once they reach the legal voting age in their jurisdiction, the ABA House of Delegates said at the midyear meeting Monday in Austin, Texas.

Recent studies by the Center for Information & Research on Civic Learning and Engagement at Tufts University, which are also cited in the report, show that young people who are preregistered are more likely to vote and vote regularly.

Estelle Rogers, the chair of the Standing Committee on Election Law and a delegate from the Civil Rights and Social Justice Section, introduced the resolution. She told the House that she remembers going to vote with her mother when she was a little girl.

“It was the days when you pushed a lever and the curtain closed,” she said. “It was very mysterious and exciting.”

Unfortunately, Rogers continued, that is not the experience of young people today, but voter preregistration is another way to “engender enthusiasm in voting.”

She contended that half of states have some form of preregistration, and the procedure is generally approved with bipartisan support.

“It is commonsense election reform that costs little and works well,” she said.

Resolution 108 also urges high schools and colleges to provide students with opportunities to register and vote—such as making voter registration forms available or setting up voter registration tables at events—as well as with a robust civics education that promotes informed voting.

In May 2019, the association released the results of its first ABA Survey of Civic Literacy, which provides insight into Americans’ knowledge of history and government and support for the First Amendment.

Johnnie Nguyen, the chair of the Law Student Division and a 2L at the University of Colorado Law School, also spoke in favor of the resolution.

The new policy will permit the ABA to participate in public education programs, legislative advocacy and amicus briefs related to voter preregistration and civics education.