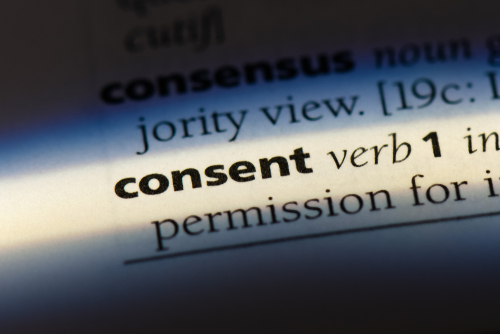 The ABA House of Delegates has postponed indefinitely a resolution that would call on legislatures and courts to redefine the consent standard in sexual assault cases, after contentious debate Monday at the ABA Annual Meeting in San Francisco.

Resolution 114 was sponsored by the Commission on Domestic and Sexual Violence and Civil Rights and Social Justice Section and asked legislatures and courts “to define consent in sexual assault cases as the consent of a person who is competent to give consent to engage in a specific act of sexual penetration, oral sex, or sexual contact, to provide that consent is expressed by words or action in the context of all the circumstances, provided that nothing herein changes the Constitutionally-guaranteed presumption of innocence, or the burden of proof, which at all times remains on the prosecution to prove every element of an offense, including without limitation lack of consent, beyond a reasonable doubt.”

The resolution built on an earlier Resolution 115, which was adopted at the ABA Midyear Meeting in January to oppose placing upon victims of sexual assault the legal burden of demonstrating resistance to the assault.

The Criminal Justice Section was originally a sponsor of the resolution, but withdrew its co-sponsorship and filed the motion to postpone the resolution indefinitely.

Mark Schickman, chair of the Commission on Domestic and Sexual Violence, spoke in support of the resolution. He said his commission first proposed the resolution at the Midyear Meeting in Las Vegas in January, but agreed to spend more time working on its language with the Criminal Justice Section. The two groups worked together on the resolution and the accompanying report over the past few months.

However, Schickman said, in recent weeks, criminal defense lawyers criticized the resolution, saying it attempted to eliminate defendants’ presumption of innocence in sexual assault cases and move the burden of proof to the defense.

The resolution was amended to address these concerns the day before the House of Delegates meeting, Schickman said.

“I am asking of you today that you not focus simply on the human experience that you see today, which doesn’t stop to ask for consent, which doesn’t wait to see if there is consent,” he said. “I ask you to do what is right.”

Neal Sonnett, a past chair of the Criminal Justice Section, told the House of Delegates that his section agreed to work with the Commission on Domestic and Sexual Violence on the resolution. Even though there was some dissent, its council voted to approve and co-sponsor the resolution.

It wasn’t until later that Criminal Justice Section leadership realized they hadn’t paid enough attention to the “far-reaching implications of this resolution,” Sonnett said.

“This is a new paradigm,” he said. “This changes the law entirely with respect to sexual behavior.”

Sonnett added that his section council unanimously voted to pull its support of the resolution before the House of Delegates meeting.

“That unanimous council vote is important because it’s not a bunch of defense lawyers,” he said. “The Criminal Justice Section council is a unified voice because it is balanced. It is a third prosecutors, a third defense lawyers and a third academics and judges.”

Stephen Saltzburg, a delegate from the Criminal Justice Section, attempted to take some of the blame for signing off on the resolution too quickly. He told the House of Delegates that most cases don’t involve expressed consent. Instead, he said, it is determined by looking at all circumstances.

Nearly 25 other requests to speak were submitted to House of Delegates Chair William Bay, who stopped debate to call for the vote.

Others who spoke in support of Resolution 114 included past ABA President Laurel Bellows, who told delegates she found herself in opposition to the “dynamic duo” of Sonnett and Saltzburg. However, she said, that was no reason to postpone a conversation about consent.

Bellows addressed Saltzburg directly, telling him she was surprised by his insistence to delay consideration of the resolution.

“I can tell you a lot of people will get hurt,” she said. “Consent by inaction means you can do anything to me as long as I don’t say anything to you, no matter how frightened and how threatened I am or my family is.”