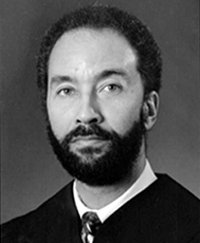 A retired federal judge accused of coerced sex with a teen can’t face judicial discipline because the alleged wrongdoing took place before he took the bench, a committee of federal judges has concluded.

Richard Roberts was accused of ethical misconduct in a complaint filed by the Utah Attorney General’s office and the woman who made the accusations, BuzzFeed News reports. They did not appeal the July decision against discipline by the 10th Circuit Judicial Council, according to a Nov. 30 decision by the U.S. Judicial Conference’s Committee on Judicial Conduct and Disability.

Roberts submitted his resignation in March 2016 on the same day that his accuser filed a lawsuit claiming that he coerced sex with her 35 years ago. At the time, she was 16, which is the age of consent in Utah where the alleged conduct took place. Roberts was then a federal prosecutor and she was a witness in a civil-rights case. Roberts had acknowledged “an intimate relationship” in a statement issued by his lawyers, but he said it was consensual and it had occurred after the trial.

The 10th Circuit Judicial Council found that the law governing judicial misconduct did not give it the authority to review alleged conduct that occurred before Roberts became a judge. The council also found there was no continuing duty to report misconduct before becoming a judge.

Roberts cited a rare neurological disability when he retired, according to the opinion by the Committee on Judicial Conduct and Disability. Roberts had sought to keep mention of the condition out of the public record, but the committee said it should be public information because of the accusations and the timing of his retirement.

Because he is still being paid as a result of the disability, Congress could impeach Roberts or take other action against him, a spokesperson for the Utah Attorney General’s office told BuzzFeed News.