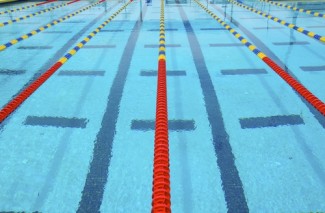 A three-judge panel of the 3rd U.S. Circuit Court of Appeals at Philadelphia held that while A Country Place—a seniors condominium that has enforced the schedule since 2011—provides “roughly equal swimming time for both men and women,” women are only able to swim for 3½ hours after 5 p.m. on weeknights, while men are permitted to swim for 16½ hours during this period.

The schedule also only allows men to swim from 4 p.m. onward on Friday, according to the ruling, which was reported by Courthouse News Service and Asbury Park Press.

“Women with regular-hour jobs thus have little access to the pool during the workweek, and the schedule appears to reflect particular assumptions about the roles of men and women,” Circuit Judge Thomas Ambro wrote in the opinion.

A Country Place adopted the sex-segregated pool schedule to accommodate the Orthodox Jewish principle of tznius, or modesty. By 2016, two-thirds of the condominium’s residents were Orthodox, the opinion says.

Marie Curto, Steve Lusardi and his wife Diana Lusardi filed the lawsuit against the condominium association alleging violations of the Fair Housing Act and several New Jersey state laws after they were fined $50 each by the condominium association for swimming during unsanctioned times. Curto wanted to swim with her family after work, while Steve Lusardi wanted to help his wife with pool therapy after she had a series of strokes.

The District Court for the District of New Jersey granted summary judgment to A Country Place after it found “the gender-segregated schedule applies to men and women equally,” Ambro said.

The 3rd Circuit panel disagreed, holding that due to the specific inequitable features, the pool schedule discriminates against women under the FHA.

The case was remanded to the district court to enter summary judgment in favor of the plaintiffs.