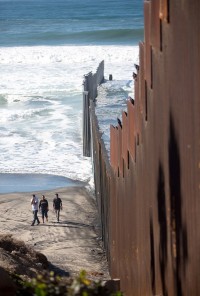 Separating asylum-seeking mothers from their children is brutal, offensive and a violation of the due process clause, according to a federal judge in San Diego.

In a decision Wednesday, U.S. District Judge Dana Sabraw refused to dismiss a would-be class action suit that challenges the government practice on constitutional grounds, report Courthouse News Service, the New York Times and Slate. The American Civil Liberties Union had filed the suit on behalf of two immigrant mothers separated from their minor children for several months; its press release is here.

The plaintiffs are challenging the government’s separation of immigrant parents and their minor children when both are held in immigration detention and there is no danger the parent is unfit, Sabraw said. Both mothers are seeking asylum—an important point, because U.S. asylum law arises out of international agreements, he said.

“Such conduct, if true, as it is assumed to be on the present motion, is brutal, offensive, and fails to comport with traditional notions of fair play and decency,” he said. “At a minimum, the facts alleged are sufficient to show the government conduct at issue ‘shocks the conscience’ and violates plaintiffs’ constitutional right to family integrity.”

The ACLU’s motion for class certification and an injunction is pending.