Smoker can sue tobacco company for consumer fraud, even though she didn't use its products, state supreme court says 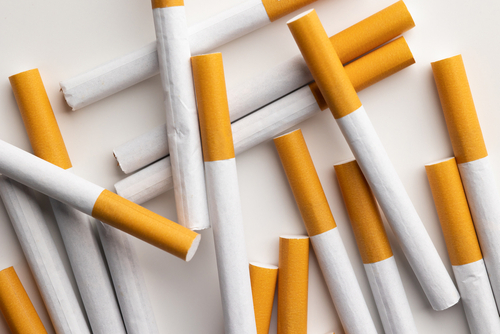 A smoker can sue the R.J. Reynolds Tobacco Co. for misrepresenting the health hazards of cigarettes, even though she smoked brands made by other companies, a Nevada Supreme Court panel has ruled.

In a July 28 opinion, the panel majority said Sandra Camacho could sue under the Nevada Deceptive Trade Practices Act because nothing in the law limits consumer fraud victims to product users.

A lawyer for Camacho, Fan Li, told Law.com that the case has provided a nationwide blueprint for lawyers making similar claims.

“The person representing consumer fraud victims, let’s say in Florida, can use this case as persuasive authority,” said Li, of Kelley Uustal in Fort Lauderdale, Florida.

Camacho was diagnosed with laryngeal cancer because of cigarette use after smoking the cigarette brands L&M, Marlboro and Basic from 1964 until 2017. The cigarettes were made by the Liggett Group and Philip Morris USA.

Camacho’s lawsuit alleged that the Liggett Group, Philip Morris USA and the R.J. Reynolds Tobacco Co. were engaged in a civil conspiracy to conceal or misrepresent the health hazards of cigarettes, and they had violated the state deceptive trade practices law by knowingly making false representations in their advertisements.

The R.J. Reynolds Tobacco Co. had argued that Camacho was not a victim who could sue the company because she did not use any of its products and couldn’t show any direct harm stemming from the alleged deceptive trade practices.

Under the Nevada deceptive trade practices law, the Nevada Supreme Court said, a “victim” is any person who can show that they were directly harmed by consumer fraud.

“There is no product-use requirement—a ‘victim’ can be a consumer, a business competitor or as applicable here, ‘any person’ who suffered harm from the defendant’s consumer fraud,” the state supreme court said.

“While Sandra did not use Reynolds’ product, she pleaded that she would not have smoked tobacco and, consequently, would not have suffered cancer, but for the deceptive trade practices engaged in by Reynolds and the other tobacco companies. Such an allegation is sufficient.”