Some BigLaw firms in downtown Houston reopen after Hurricane Harvey 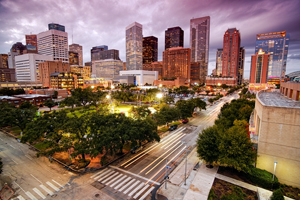 Some large law firms in downtown Houston were open or planning to reopen next week after weathering Hurricane Harvey with little or no damage.

Kenneth Broughton, managing partner at Reed Smith, tells Bloomberg Big Law Business that the firm plans to reopen on Tuesday, but he has been in the office for most of the week.

It could have been “so much worse” Broughton told Big Law Business. Many lawyers at the firm live downtown or close by, and most of those areas weren’t flooded, he said.

Baker Botts also did not have any damage as a result of the flood, said partner Rob Fowler. “We are just high enough,” he said. The firm was open on Thursday.

Similarly, Vinson & Elkins reported on its website that it was open on Thursday. Andrews Kurth also reopened its offices in Houston and suburban Woodlands on Thursday, according to a tweet. Baker McKenzie reported that its Houston office reopened on Thursday “with limited capacity” and its IT infrastructure was working. Clients were also being served remotely, the Baker McKenzie statement reported.

A statement on the Akin Gump website says the office has been closed since the storm began and will remain shuttered “until it is safe for our employees to return.”

As of Thursday, 44 people were killed in Texas by the storm, the Guardian reports.