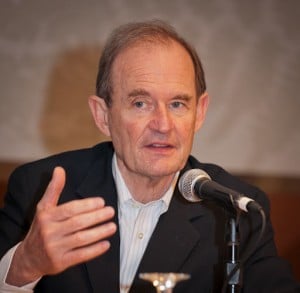 The company has hired litigator David Boies, who sent a letter to several news organizations stating that Sony Pictures “does not consent to your possession, review, copying, dissemination, publication, uploading, downloading or making any use of stolen information.” The New York Times, the Washington Post and Re/Code have stories.

The letter said that if the stolen material is “used or disseminated” by media companies, “Sony Pictures Entertainment will have no choice but to hold you responsible for any damage or loss” arising from such use.

Kurt Opsahl, deputy general counsel for the Electronic Frontier Foundation, told the Times he doubted that the media could be forced to abstain from reporting on the documents’ content. “It is unfortunate that Sony got hacked, and lost control over its internal information,” Opsahl said. “But the solution is not to muzzle the press.”

Many suspect the hackers are linked to North Korea, which opposes the release of Sony’s movie The Interview, a comedy about a fictional plot to kill the country’s leader, Kim Jong Un. Sony canceled the theatrical release of the film Tuesday in response to threats of violence from the group claiming responsibility for the hack attack.

Updated Dec. 18 to note the canceled theatrical release of The Interview.