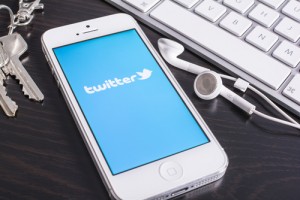 A suit filed on Tuesday contends President Donald Trump and his communications team are violating the First Amendment by blocking critics from his Twitter feed.

The Knight First Amendment Institute at Columbia University filed the suit on behalf of seven people blocked from @realDonaldTrump, according to a press release. The suit (PDF) claims the Twitter feed constitutes a public forum under the First Amendment, and people can’t be blocked because of their views.

The president’s tweets “routinely generate tens of thousands of comments” in “vibrant discussion forums,” and the account is used to make formal announcements, the suit says.

The complaint cites language in the U.S. Supreme Court’s June 19 decision striking down a North Carolina law that bans registered sex offenders from accessing social networking websites that can be used by children.

The majority opinion by Justice Anthony M. Kennedy said that social media websites like Facebook, LinkedIn and Twitter provide “perhaps the most powerful mechanisms available to a private citizen to make his or her voice heard.”

The Knight First Amendment Institute had written a letter last month asking Trump to unblock his critics. The Wall Street Journal got reaction from Ken Paulson, dean of the college of mass communication at Middle Tennessee State University. He told the newspaper that it was unclear whether the president’s Twitter account, established before his election, was a public forum.

“I do think municipalities that establish Facebook pages and invite citizen input are in fact establishing public forums,” Paulson said in the Wall Street Journal’s June article. “But I’m not sure that Donald Trump’s brief bursts of opinion are the same thing.”