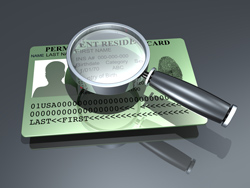 The U.S. Supreme Court on Monday agreed to review a Trump administration rule that made it easier to deny green cards and visas to immigrants who receive or are likely to receive public assistance.

The Supreme Court agreed to consider whether the rule is contrary to law or arbitrary and capricious. Also at issue is whether the plaintiffs have standing to challenge the rule. The plaintiffs are New York, Connecticut, Vermont, New York City and five nonprofit immigrant groups, according to the cert petition.

The Trump administration rule broadened the definition of who is or who is likely to become a public charge to sweep in more immigrants. Federal law says immigrants cannot become lawful permanent residents or receive visas if, in the opinion of the secretary of the Department of Homeland Security, they are likely to become public charges.

The Supreme Court had allowed the rule to take effect when it lifted a nationwide injunction in January 2020.

President Joe Biden has called for a review of the Trump administration rule, report CNN and Reuters.

The case is Department of Homeland Security v. New York. The SCOTUSblog case page is here.