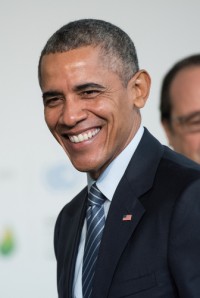 The U.S. Supreme Court on Monday appeared divided in a challenge to President Barack Obama’s authority to defer deportation for millions of immigrants.

The court appeared split, with four liberals indicating support for Obama’s executive action and conservatives seeming to side with 26 states that say the president overstepped his authority, report the Washington Post, USA Today and the National Law Journal (sub. req.). According to USA Today, the outcome appeared unclear despite the apparent split.

Justice Anthony M. Kennedy asked whether the president can defer deportations without congressional authorization, the New York Times reports. “It’s as if the president is defining the policy and the Congress is executing it,” Kennedy said. “That’s just upside down.”

Obama’s program offers deportation deferrals to immigrants who have lived here since at least January 2010, have no serious criminal record, and have children who are U.S. citizens or legal permanent residents. The program is known as Deferred Action for Parents of Americans and Lawful Permanent Residents, or DAPA.

According to the National Law Journal, the court appeared divided on two issues: whether Texas and other states had standing to challenge the plan, and whether the deferrals violated federal law and the Constitution. On the threshold issue, Texas has argued it has standing because it would have to pay to process driver’s licenses for those who are allowed to stay.

Most of the justices’ questions concerned the standing issue, the National Law Journal says. Other issues are whether the president violated the Administrative Procedures Act and whether Obama violated the constitutional duty to “take care” that the laws of the United States are faithfully executed.

The constitutional issue “did not figure into Monday’s arguments at all,” according to the National Law Journal.

The case is United States v. Texas. A 4-4 decision would leave in place a nationwide injunction barring the delayed deportations, which would be a victory for Texas. The appeals court had found the states were likely to prevail on their claim that the president violated the Administrative Procedures Act by not following requirements for notice and comment.