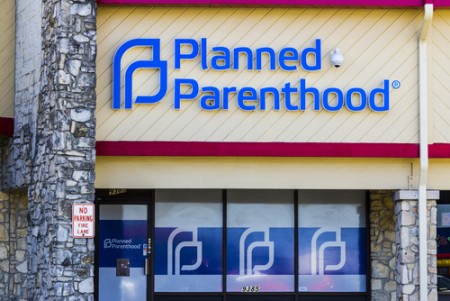 A dissent by Justice Clarence Thomas suggested the court is trying to sidestep a controversial issue. He was joined by Justices Neil M. Gorsuch and Samuel A. Alito Jr.

Four justices are needed for the court to grant certiorari, meaning that both Roberts and Kavanaugh joined more liberal justices in refusing to hear the case, CNN reported.

In his dissent, Thomas pointed to the circuit split and said the issue of an individual right to sue “is important and recurring.”

“So what explains the court’s refusal to do its job here?” Thomas asked. “I suspect it has something to do with the fact that some respondents in these cases are named ‘Planned Parenthood.’ “

Thomas said the cases involve private rights of action under the Medicaid Act, rather than abortion rights.

“Resolving the question presented here would not even affect Planned Parenthood’s ability to challenge the states’ decisions; it concerns only the rights of individual Medicaid patients to bring their own suits,” he wrote.

“Some tenuous connection to a politically fraught issue does not justify abdicating our judicial duty. If anything, neutrally applying the law is all the more important when political issues are in the background. …

“We are responsible for the confusion among the lower courts, and it is our job to fix it.”

The president and CEO of Americans United for Life, Catherine Glenn Foster, said in a press release that her organization is disappointed in the Supreme Court’s refusal to hear the case. “We join the dissent in calling on the court to ‘do its duty,’ ” said Foster said. “But the good news is that there are other similar cases pending in lower courts, which may give the Supreme Court another opportunity to decide this important issue.”

Hat tip to SCOTUSblog and the National Law Journal.