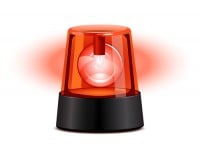 A police officer who fired six times at the car of a fleeing arrestee, killing the driver, was entitled to qualified immunity in a civil suit, the U.S. Supreme Court has ruled in a summary reversal.

The driver, Israel Leija Jr., had fled after a police officer approached his car at a drive-in restaurant and told Leija he was under arrest, according to the Supreme Court opinion. Leija drove at speeds between 85 and 110 miles per hour during the chase. Twice he called the Tulia police dispatcher, claiming that he had a gun and would shoot at officers if they didn’t give up the chase. The dispatcher also received a report that Leija might be intoxicated.

Officers set up tire spikes at three locations, including at Cemetery Road beneath an overpass. Mullenix drove to the Cemetery Road overpass and considered shooting at Leija’s car to disable it. Mullenix asked the dispatcher to ask his supervisor if the plan was worth doing, and got out of the vehicle; it’s unclear whether he heard his supervisor’s advice to wait to see if the spikes worked. Mullenix fired when the car approached, killing Leija.

Those cases “have not clearly established that deadly force is inappropriate to conduct like Leija’s,” the Supreme Court said. Indeed, the court said, its opinions “never found the use of deadly force in connection with a dangerous car chase to violate the Fourth Amendment, let alone to be a basis for denying qualified immunity.”

Sotomayor said Mullenix had no training in shooting to disable a vehicle, had no permission to shoot, and did not wait to see if the spikes stopped the vehicle. She argued that Mullenix “puts forth no plausible reason to choose shooting at Leija’s engine block over waiting for the results of the spike strips.”

The per curiam opinion said Sotomayor’s dissent erred, as did the 5th Circuit, because it “defines the qualified immunity inquiry at a high level of generality—whether any government interest justified choosing one tactic over another—and then fails to consider that question in ‘the specific context of the case.’ ”