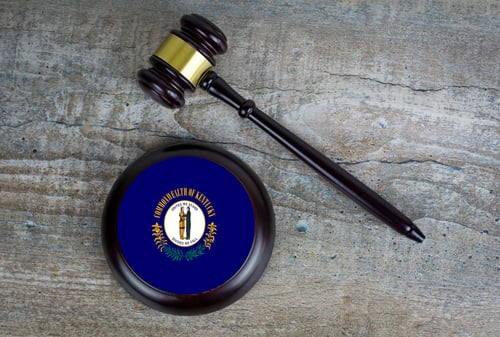 A Kentucky judge who was temporarily suspended after he was accused of misconduct in connection with an ankle-monitoring program is facing new ethics charges.

The Kentucky Judicial Conduct Commission now alleges that Judge James T. Jameson intimidated witnesses in the ethics case against him and used his influence to try to stop a report that he roamed the courthouse in his underwear, report the Lexington Herald-Leader and WFPL.

Jameson is a judge in the 42nd Judicial Circuit covering Calloway and Marshall counties in Kentucky.

According to the ethics complaint, Jameson “asked Mr. Lampe to confirm that the news station was not going to run a story about the camera footage of you walking around in the courthouse in your underwear.” The university provost contacted Lampe a day or two after Jameson’s phone call seeking more information about the records request.

WFPL spoke with WKMS news director Derek Operle about the incident. The courts’ administrative office had denied the request for the video footage, and Operle decided not to appeal before Lampe contacted him about the judge’s call.

Lampe repeated the judge’s explanation for being in his underwear, and it was “of a highly personal nature,” Operle told WFPL. It was “not something really that rose to the level of a news story,” he said.

The other new allegation against Jameson claims that he intimidated witnesses in the ethics proceeding and instructed his judicial staff to “blatantly violate the law” by refusing to cooperate with a subpoena by the Kentucky Judicial Conduct Commission. Later, he asked his staff to send him documents that they intended to produce, so he could review them first. 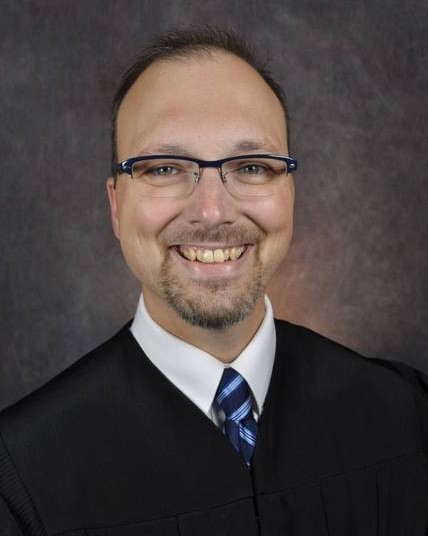 Judge James T. Jameson is a judge in the 42nd Judicial Circuit covering Calloway and Marshall counties in Kentucky. Photo from the Kentucky Administrative Office of the Courts.

The initial ethics charges alleged that Jameson used his influence to choose the provider for the ankle-monitoring program and used the prestige of his office to promote the program as a means to raise money for a substance abuse treatment facility that he was spearheading.

He was also accused of directing authorities to arrest people for allegedly violating terms of the program before a proper arrest warrant was issued. He also ordered people to participate in the program and didn’t allow them to use different monitoring services, according to the charges. And he was also accused of pressuring people to participate in a particular drug treatment program because of his personal connection with it.

The charges>also allege that Jameson pressured a lawyer who appeared before him to file an ethics complaint against another lawyer and sought the firing or reassignment of a sheriff’s department employee who reviewed courthouse security footage based on an unsubstantiated belief that the employee leaked it to the media.

He was also accused of using the influence and prestige of his office to pressure lawyers and others to fund and support his political campaign. In some cases, he went “as far as saying that certain monetary contributions were not sufficient,” according to the ethics complaint.

Jameson has “strongly disputed” allegations of wrongdoing, according to the Lexington Herald-Leader. He said in a written response to the complaint that allegations against him came from people supporting his election opponent, according to previous reporting by the Louisville Courier Journal.

The lawyer, Richard L. Walter, told the Kentucky Judicial Conduct Commission that Jameson wanted to increase access to drug treatment, and he sometimes worked into the early-morning hours and then spent the night at the courthouse.

“No one that knows him would consider Judge Jameson anything other than an honest public official who has worked hard to ensure that justice is delivered the same for everyone that comes through the court he serves,” Walter wrote.