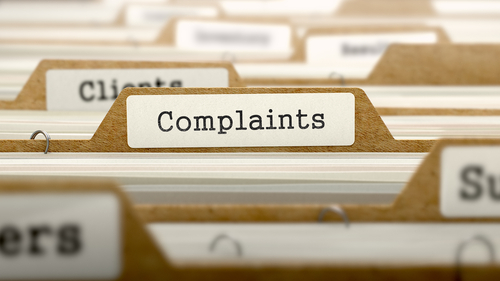 Cook County Judge Mauricio Araujo “engaged in a pattern of inappropriate and harassing behavior toward women with whom he has interacted in professional settings and in his official judicial capacity,” according to a complaint filed Thursday by the state’s Judicial Inquiry Board.

The complaint cites specific incidents in which Araujo made unwanted sexual advances toward a court reporter and unwelcome sexual comments and attempted physical contact with a Chicago police officer. The Chicago Tribune, the Chicago Sun-Times and the Cook County Record have coverage.

Araujo, a circuit judge who was elected in 2008 and retained in 2014, was removed from the bench at the Leighton Criminal Court Building in Chicago and reassigned to administrative duties in September 2018 following a complaint from the Cook County State’s Attorney’s Office that he called an assistant state’s attorney a “bitch” and implied they might have had sex.

According to the Judicial Inquiry Board complaint, which was filed with the Illinois Courts Commission, the Chicago police officer and court reporter came forward with their allegations after reading news reports about Araujo’s conduct in the September incident. It is also detailed in the complaint.

The court reporter said in 2012, while riding in an elevator with Araujo at the Domestic Violence Courthouse, he moved close to her and asked “how much money” she wanted to have sex with him, the complaint states.

A few weeks later, the court reporter was alone in the elevator with Araujo again. The complaint states that he made the same proposition.

“She moved away from respondent and told him that she had a boyfriend,” according to the complaint. “Respondent told her that did ‘not matter.’ The court reporter then admonished respondent that she understood he was married. Respondent answered ‘it’s OK.’ ”

The court reporter avoided elevators in the building after the second incident and requested a transfer to the Daley Center.

In 2016, a Chicago police officer went to Araujo’s chambers at the Leighton Criminal Court Building to ask the judge to sign a search warrant. According to the complaint, Araujo moved quickly toward the police officer and attempted to kiss her on the mouth.

The police officer asked Araujo to accompany her out of his chambers and into the courtroom or her squad car to sign the warrant.

“While respondent was walking up the steps in front of the officer, he attempted to grab her hand and told the officer ‘just touch it,’ ” the complaint states. “The officer pulled her hand away and asked, ‘touch what?’ Respondent then said ‘touch my butt.’ ”

The police officer never sought a search warrant from Araujo without another member of her team present again, the complaint states.

The Illinois Courts Commission will consider the Judicial Inquiry Board complaint and could reprimand, censure, suspend with or without pay, remove from office or retire Araujo, according to the Chicago Tribune.

According to the Chicago-Sun Times, Araujo also was visited by FBI agents and federal prosecutors who interviewed him about his relationship with David Salgado, a Chicago police officer who was indicted along with fellow officer Xavier Elizondo for stealing money during raids monitored by the FBI in 2018.

The Chicago-Sun Times said its investigation revealed that Araujo signed off on 82 search warrants issued to the tactical team run by Elizondo, “nearly four times more signatures than the unit got from any other judge.”