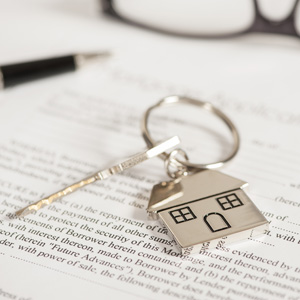 The Michigan Supreme Court ruled Friday that the takings clause in the state constitution prevents counties from selling homes for unpaid tax debts and keeping all surplus proceeds.

The Michigan Supreme Court ruled on behalf of two taxpayers, including one who owed only $8.41 in unpaid taxes. The Pacific Legal Foundation represented the taxpayers, Uri Rafaeli and Andre Ohanessian, according to a press release.

Twelve other states have tax sale practices constituting “home equity theft,” according to the Pacific Legal Foundation. The supreme court opinion cited a lower number from a law journal article; it said Michigan was among nine states with laws that require the proceeds from a tax sale be turned over to someone other than the former owner.

Rafaeli’s company owed $8.41 in unpaid property taxes, which grew to $285.81 after interest, penalties and fees. Oakland County sold the property for $24,500 and kept all proceeds above the past due amount.

Ohanessian owed about $6,000 in unpaid taxes, interest, penalties and fees. Oakland County sold the property for $82,000 and kept all proceeds in excess of the debt.

The state supreme court said former homeowners are protected by the takings clause of the state constitution, which was adopted in 1963. The common law had protected a property owner’s right to collect surplus proceeds at the time the constitution was adopted, the court said.

A former property owner is entitled to collect “any proceeds from the tax-foreclosure sale in excess of the delinquent taxes, interest, penalties and fees reasonably related to the foreclosure and sale of the property—no more, no less,” the court said.

Michigan’s takings clause has been interpreted to provide greater protection than its federal counterpart in eminent domain cases, according to the Michigan Supreme Court opinion.

The court said it was unmoved by case law from other states that rejected challenges to forfeiture systems, some of which considered only the federal takings clause.

Courts in Vermont and New Hampshire, however, have recognized that the government has an obligation under state constitutions to return surplus proceeds to a former owner after a tax foreclosure sale.

Christina Martin, an attorney for Pacific Legal Foundation, told the Detroit News she believes the decision will be retroactive. Philip Ellison, a lawyer representing plaintiffs in similar class actions suits challenging the practice, told the newspaper that takings claims in Michigan have a six-year statute of limitations, but the timing of the cases could allow recoveries for takings as far back as 2008.

Rafaeli’s son-in-law, Yair Andegeko, told the Detroit News that 85-year-old Rafaeli had worked a lifetime so he could live off his investments. “At least I know, from now on, there is no way that they’re going to do this again,” Andegeko said.