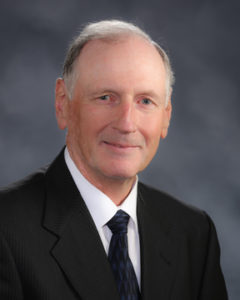 A town justice in Harmony, New York, has resigned after an ethics complaint accused him of failing to monitor his court email account for more than three years while also eschewing other required technology.

Justice Bruce Scolton’s resignation is effective at the end of this month, according to a press release and an article by the New York Law Journal. He agreed not to seek or accept any judicial office in the future.

The ethics case against Scolton has been closed. The complaint, filed by the New York State Commission on Judicial Conduct, had accused him of:

• Failing to monitor his official court email account or respond to the emails from about January 2015 to May 2018.

• Failing to use a computer and software provided in mid-2017 to facilitate financial and case administration. As a result, Scolton’s court was unable to obtain electronically filed traffic tickets.

• Using paper forms of his own design, rather than the required online process, to notify the Department of Motor Vehicles about the disposition of more than 2,600 cases. The DMV did not accept the paper forms he has been filing since 1991.

• Repeatedly missing deadlines for reporting and depositing the receipt of court funds.

Scolton, a Duke University law graduate, was admitted to law practice in 1977 and has been a town justice since 1990. He also was cautioned about late deposits of court funds in 1998 and 2000. In 2007, he was admonished about delays in deciding six small-claims cases.

Scolton is a name partner at Erickson Webb Scolton & Hajdu in Lakewood, New York. He did not immediately respond to an ABA Journal message seeking comment.