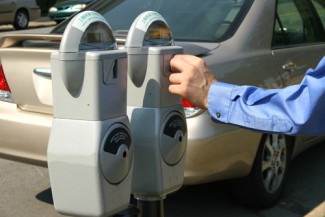 A New Hampshire town has sued a group of half-a-dozen citizens known as the Robin Hooders, contending that their harassment of parking enforcement officers could force the workers to quit if a court doesn’t grant relief.

Although the group feeds parking meters on behalf of strangers, the Keene suit says the town isn’t objecting to that activity but the group’s videotaping and verbal taunting of its parking officers, the Union Leader reports.

Filed earlier this month, the suit seeks injunctive relief in the form of a court order prohibiting the members of the group from approaching the workers while they are on the job.

“They say video recording or talking to them is harassing them, but I don’t agree with that,” said Robin Hooders group member James Cleaveland of the parking officers. “So they want to establish a safety zone of 50 feet.”

Other defendants said they expect their videotapes of parking officers will help them defend themselves in court.