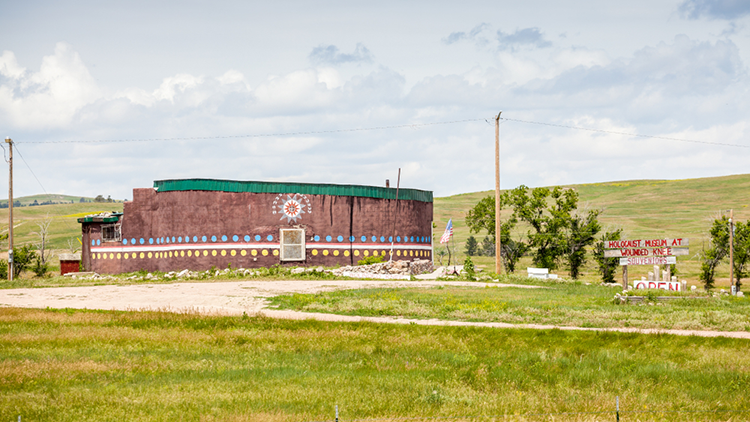 The Pine Ridge Reservation was also the site of the Wounded Knee massacre in 1890. Image from Shutterstock.

South Dakota Gov. Kristi Noem is no longer welcome on the Pine Ridge Reservation because of her support for anti-rioting laws passed in response to protests of the Keystone XL oil pipeline.

The Oglala Sioux Tribal Council told Noem in a Thursday letter that she is no longer welcome on the reservation and she will be banished if she visits without permission, report the Washington Post and the Argus Leader. 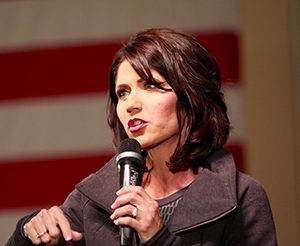 Gov. Kristi Noem won election as a Republican in November 2018. Photo from Shutterstock.

The letter says Noem will be unwelcome until she withdraws support for a legislative package that creates liability for “riot boosting” that she signed into law in March. The legislation, known as the Riot Boosting Act, is being challenged in a March 28 lawsuit filed by the American Civil Liberties Union of South Dakota, according to a press release.

Oglala Sioux President Julian Bear Runner signed the letter. He said Noem consulted with the company backing the pipeline before the bills were introduced, but not with members of the Oglala Sioux Tribe whose lands “would be traversed and endangered” by the pipeline.

The law creates civil liability for “riot boosting,” which it defined as encouraging people in a riot to commit acts of force or violence, according to the ACLU lawsuit. Those who solicit or compensate others to commit an unlawful act or to be arrested are liable for three times the amount of damage caused.

The state and local governments can sue. The state can also enter into a joint representation agreement with the pipeline company or other third parties with an interest in preventing a riot. Money collected goes into a fund to offset costs caused by “riot boosting.”

The lawsuit, Dakota Rural Action v. Noem, alleges violations of the First Amendment and due process clause. The law “is designed to silence free speech and the right to peacefully protest,” according to the ACLU press release.

The Pine Ridge Reservation covers 2.22 million acres, which is larger than the states of Delaware and Rhode Island combined. The reservation has faced blizzards followed by severe flooding this spring that killed several people and cut off avenues of supply for the 20,000 residents, the Argus Leader and Associated Press reported.

A spokesperson for Noem said the governor was surprised by the letter but would continue her efforts to build tribal relationships.