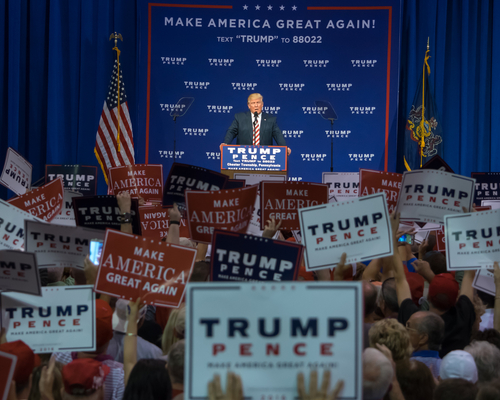 President Donald Trump’s re-election campaign has spent more than $8 million in legal fees since he took office in 2017.

In ABC News’ analysis of campaign finance records, the Trump campaign spent nearly $1.7 million on legal expenses in the first three months of 2019. More than $1.2 million of that went to former White House counsel Don McGahn’s firm, Jones Day, which has represented Trump and his campaign since 2015.

Jones Day remained the largest recipient of the Trump campaign’s legal expenses, earning more than $5.6 million even after McGahn left the firm to work at the White House in 2017, according to ABC News.

The Trump campaign has helped pay legal bills for the president’s son Donald Trump Jr. and son-in-law Jared Kushner, who have been involved in investigations and lawsuits during Trump’s first two years in office, ABC News reports. The campaign also paid a portion of legal fees for Trump’s former personal attorney Michael Cohen.

In its analysis, ABC News also noted that Belkin Burden Wenig & Goldman, the firm that represented the Trump Organization in the Trump University lawsuit that led to a $25 million settlement with the attendees in 2016, received $76,415 in the first three months of 2019. The firm only received $55,668 throughout 2018.

It’s difficult to determine the legal spending of President Bill Clinton’s re-election campaign because of changes in Federal Election Commission campaign expenditures and the timing of various investigations that happened during his presidency, according to ABC News.