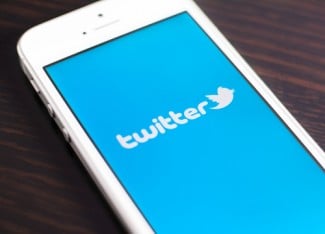 A New York judge has tossed a suit that claimed Donald Trump defamed a guest TV commentator in his tweets.

Judge Barbara Jaffe said in her decision Tuesday that Trump regularly skewers his critics on Twitter, and the reasonable reader would recognize his statements as opinion, according to the Hollywood Reporter.

Trump’s “tweets about his critics, necessarily restricted to 140 characters or less, are rife with vague and simplistic insults such as ‘loser’ or ‘total loser’ or ‘totally biased loser,’ ‘dummy’ or ‘dope’ or ‘dumb,’ ‘zero/no credibility,’ ‘crazy’ or ‘wacko’ and ‘disaster,’ all deflecting serious consideration,” Jaffe wrote.

The suit was filed by a public relations consultant, Cheryl Jacobus, who says Trump’s campaign had invited her to interview for campaign communications director in May 2015, but she withdrew from consideration because she didn’t want to work for Trump’s then-campaign manager, Corey Lewandowski.

Early in 2016, Jacobus appeared on television where she questioned Trump’s stated motive for his threat to skip a debate and his claims of a self-funded campaign. She said Trump was a “bad debater” who “comes off like a third grader faking his way through an oral report on current affairs.”

Jacobus had claimed Trump’s tweets implied she sacrificed her professional integrity by suggesting her Trump television comments were revenge, and they were based on an untrue assertion—that she had begged for a job and was turned down.

But Jaffe said Trump’s assertion that Jacobus had begged for a job couldn’t be objectively verified because it was “a loose, figurative and hyperbolic reference” to her state of mind. And allegations that someone has been fired, absent a claim of misconduct or bad work performance, does not impugn integrity, Jaffe said.

The “intemperate tweets” were clearly intended to belittle and demean Jacobus, Jaffe said, and no reasonable reading of the remarks would reflect adversely on Jacobus.