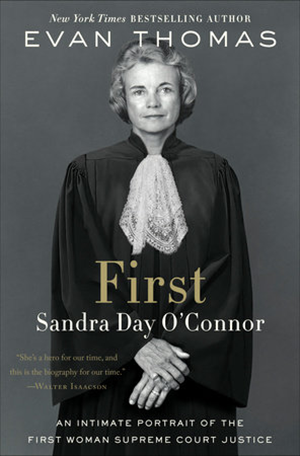 Retired Justice Sandra Day O’Connor privately commented that her replacement was dismantling her legacy, according to a new O’Connor biography scheduled for release on March 19.

O’Connor, known as a swing justice, believed that conservative Justice Samuel A. Alito Jr. had betrayed her accomplishments, according to biographer Evan Thomas. The National Law Journal and NPR have previews of the book, First, Sandra Day O’Connor: An Intimate Portrait of the First Woman Supreme Court Justice.

O’Connor had viewed Alito as aloof and told a friend that he had no sense of humor, according to the book.

NPR calls the new book “an unvarnished and psychologically intuitive look at the nation’s first female Supreme Court justice, and some of her contradictory characteristics. She was tough, bossy, relentless and, beneath that, she could be emotional. In private, she was not afraid to cry—and she had a soft spot for others when they needed it.”

While on the court, O’Connor encouraged collegiality by trying to get more justices to show up for weekly lunches. At first, only four justices were attending. O’Connor would show up in missing justices’ chambers and sit there until they came with her, the biographer told NPR.

O’Connor persevered when Justice Clarence Thomas joined the court in 1991 after a difficult confirmation battle. Justice Thomas at first turned down her invitations to the weekly lunch, but he eventually joined the group.

“A little simple thing, but he joined the group because he realized that life has got to go on, this group has got to get along,” Evan Thomas told NPR. “She made him realize that.”

The book also reveals O’Connor’s role in the Bush v. Gore decision halting a Florida recount in the 2000 presidential election. The court’s decision paved the way for George W. Bush to become president.

O’Connor persuaded Justice Anthony M. Kennedy to join her reasoning that put an end to the recount, according to the National Law Journal’s preview of the book. Kennedy wrote the per curiam decision but O’Connor wrote the phrase that the ruling was “limited to present circumstances.”

O’Connor retired from the court in 2006 with the goal of helping her husband, who had Alzheimer’s disease. She revealed in October that she also has the beginning stages of dementia that is probably Alzheimer’s. Her brother Alan had said her greatest fear was that she would get the disease, according to the biography.