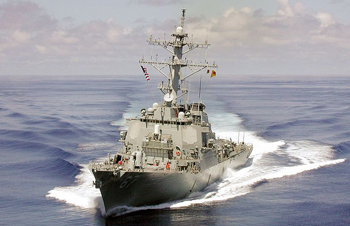 Sailors and family members who sued Sudan in the USS Cole bombing served the lawsuit in the wrong place, according to the U.S. Supreme Court.

The faulty service requires reversal of a $315 million default judgment against Sudan for allegedly supporting al Qaida before it bombed the USS Cole, the high court ruled Tuesday in an 8-1 decision.

Seventeen U.S. sailors were killed, and 42 others were injured in the October 2000 bombing.

The Foreign Sovereign Immunities Act requires the suit to be served in a mailing to the office of the foreign minister in their home country, the Supreme Court said. Plaintiffs in the USS Cole case had served the suit at Sudan’s embassy in the United States.

The Supreme Court interpreted a provision of the law that says lawsuits against foreign governments should be “addressed and dispatched” to “the head of the ministry of foreign affairs of the foreign state concerned.”

Justice Samuel A. Alito Jr. wrote the majority opinion. “To ‘dispatch’ a letter to an addressee connotes sending it directly,” he wrote. “The minister’s customary office is the place where he or she generally works, not a far-flung outpost that the minister may at most occasionally visit.”

The case is Republic of Sudan v. Harrison.

ABA Journal: “Legal ethics questions and accusations of spying on the defense have stymied a Guantanamo terrorism trial”